Peter Shaffer: ‘I chose all the music in Amadeus’

In the Fall of 2009, while I was preparing for a concert with the Park Avenue Chamber Symphony, I became intrigued with the use of the slow movement of Mozart’s D Minor piano concerto (K. 466) under the rolling credits at the end of the movie “Amadeus”.

Normally, the music used under closing credits is a montage of music used throughout the movie, but this case, I felt the use of the entire second movement through the credits was inspired.  I wanted to know who chose this selection, and why.

So I tracked down Peter Shaffer (whose death was announced yesterday) and had a very nice phone call with him in early December 2009.  Some highlights of the call:

– He chose every piece of music in the movie, except K. 466 under the credits.  He thought Milos Foreman chose it, but did not know why.

– He was responsible for a key change in the “Amadeus” play.  Shaffer felt that Salieri thinking everything by Mozart was wonderful and spectacular got boring.  He changed the plot so that when Salieri sees the Requiem for the first time, he recognizes its greatness, but does not like it due to its dark and foreboding nature.  According to Shaffer, for most of the movie, we are exploring the impact of Mozart on Salieri.  With this change in the play, we are recognizing the impact of Salieri on Mozart. 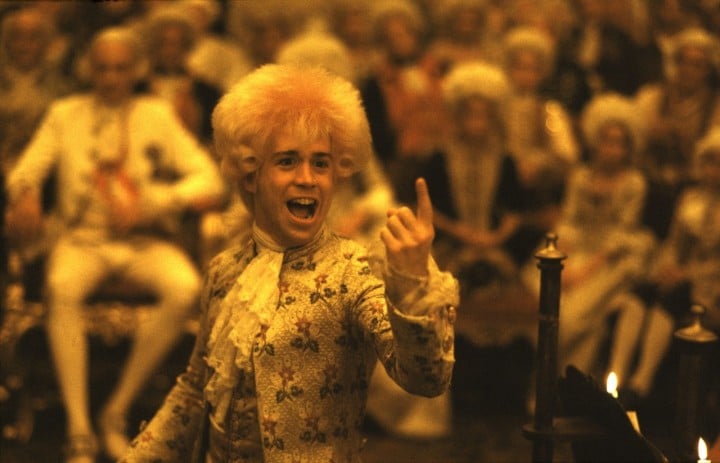