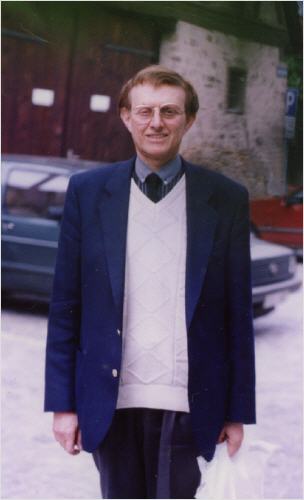 We are receiving reports from various pupils that Peter Feuchtwanger died on Saturday, a week before his 77th birthday.

A Hitler refugee whose parents took him as a newborn baby to Palestine, he was profoundly influenced by Clara Haskil and taught the principles that she espoused. He also studied with Edwin Fischer and Walter Gieseking, always opting to teach rather than to be a performer.

He worked closely with Martha Argerich before she won the 1965 Chopin Competition (he said she really didn’t need him at all). He taught in Karlsruhe and Basle, and held guest professorships in Salzburg and at the school founded by his friend, Yehudi Menuhin. He composed a work for violin, sitar, tabla and tamboura which Menuhin and Ravi Shankar played and recorded. He was fascinated as a composer by Asian tonalities.

Above all, he was in high demand for his exceptional masterclasses. He made his home mostly in London.

Peter Feuchtwanger was unique unto himself. His first piece of technical advice, quoting his first teacher, was: ‘You have to imagine that you’re holding an apple in your hand and that your fingers are like little hammers.’