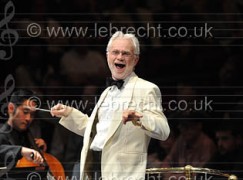 Just in: John Adams’ next opera will be Puccini soundalike

San Francisco Opera has lifted the lid on its next world premiere. It almost shares a title with a Puccini opera. Homage, or brand blurring?

Comprising two acts and sung in English, Girls of the Golden West is scored for eight characters, men’s chorus and orchestra including musicians on guitar, accordion and piano. The libretto by Peter Sellars, who also directs the opera, is drawn from historical sources and interweaves stories of three Gold Rush women whose lives intersected in a small mining community in the Sierra Nevada mountains in 1850. The opera is based on factual events and persons that typify the mix of wildness, optimism, greed, violence, humor and racial prejudice of the era, all played out against the rugged beauty of California’s mountain surroundings.