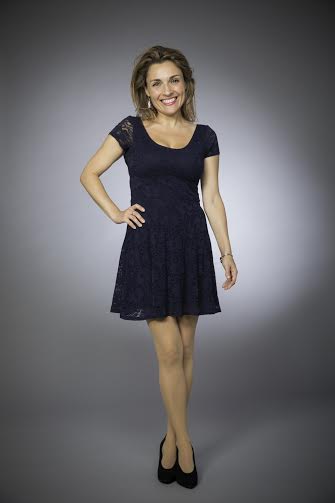 The soprano Julia Kogan has filed Defence and Counterclaim at the High Court in London, asserting her rights to be credited as a co-author of the Florence Foster Jenkins film, starring Meryl Streep. Her claim is strongly contested by her former boyfriend, Nicholas Martin, who is credited as the sole scriptwriter. Mr Martin’s defence team maintains that any contrary claim may be considered defamatory.

Meryl Streep is tipped for an Oscar for her portrayal of the title role.

We asked Ms Kogan for her side of the story, based on her court submissions.

Slipped Disc: Where did you come across Florence Foster Jenkins?
I came across FFJ in my sophomore year of university as a classical Vocal Performance and English Literature major in the US.

What was your reaction?
I laughed till I cried.  I was just starting to learn the great coloratura arias myself and was finding them fiendishly difficult.  FFJ became a permanent source of comfort and relief for me as I struggled to improve.  “Inspiration” is definitely the wrong word.

Had you written a film script before?
I was obsessed with writing (and reading, I hasten to add) since I was a child.  My mother tells me she and my father came into the living room one day when I was three and found me reading a newspaper.  At university, it became increasingly obvious that I had to choose either music or literature as my focus, since both demanded an all-out commitment of time, energy and resources.  I decided that I could and would write later when I had more to say.  I wrote three children’s books when my own sons were young, which are hopefully about to be published by Parragon, and I managed to combine my literary tendencies with my singing work.  My second recording, “Troika: Russia’s westerly poetry in three orchestral song cycles “,  is almost a cross-over album in an untypical sense of the word.  It combines music and literature and examines them as reflectors of cultural identity.  I then adapted and translated a work by Marina Tsvetaeva to create “The Lad”, an opera-ballet that was to premier at English National Ballet (before the then director Wayne Eagling left) and had started researching “The Lost Songs of Hollywood”, a fascinating story that I wrote up and presented as a documentary on BBC Radio 4 (with Nicholas Martin’s input at the early development phase and Chris Elcombe and Dave King’s wonderful work as producers).  In other words, writing and the creation of literary content, in both documentary and fiction, was very much part of my life.  Then, things took an unexpected, and possibly even cinematic, turn.

Within four days of meeting Nicholas Martin in September of 2011, I was nearly killed in a car crash while on my way to record another CD at Champs Hill with my pianist friend Marc Verter.  Nicholas, who had recently lost his job writing for Midsomer Murders, began talking to me about his work, which I found both riveting and entirely up my street.  The development of screenplays quickly became our relationship, or vice versa, as I tried to recover from my injuries.

I started out by giving Nicholas feedback on his previous projects, then by pitching in to help with new ideas he was developing, and finally by suggesting new projects to him and collaborating on every aspect of the writing and development of our creations for film and television.  The lines between our private and professional lives were completely blurred. We wound up working on many projects together, four of which I consider to be “co-creations” because they didn’t and couldn’t have existed without me.  I’ve continued to write and am now working on three new screenplays.

What was your response when Mr Martin told you he had sold the script?
Well, I was thrilled.  I had asked to be considered his official co-author from the start, but Nicholas refused, citing the potential for conflict and his history as a screenwriter as reasons to be the only publicly credited writer.  I accepted his reasoning largely because he was so openly acknowledging of my work in private – I have letters and chats where he gushes about how much he loves working with me.  I also accepted it because I was in the most vulnerable state of my life at the time.  Lost story short, I continued to work with him while he put his name alone on the scripts.  Contracts were the last thing on my mind, as was the possibility that he would rewrite history in its entirety and take all credit and money. Why do women (mostly) get themselves into these sorts of situations?  The explanation would be long, personal and ridden with psycho-babble.

Did you meet the production team?
I met Michael Kuhn when he came to an Ariadne auf Naxos performance in which I sang Zerbinetta in May of 2014 and Stephen Frears in October of 2014.  Stephen opened the conversation by saying “And I suppose that this all came from you?”, before I launched into my background with FFJ’s story with Nicholas sitting next to me.  I worked with the production team on various musical issues in the script, for which I was also never paid or credited.  After my relationship with Nick ended, no one thought to invite me to a single day’s filming, the premier, or anything else.  They had no further use for me.

A great deal of effort is now being expended on calling me a singer and singing teacher, lest anyone should think I might have other marketable skills.  Apologies for the sarcasm.  But actually and factually, being a writer is neither a diploma nor a paycheck.  It is a skill, one that enables a person to voice thoughts and emotions in a way that touches others.  The proof is in the pudding (or rather the virtual ink) with writers, and I don’t think anyone can take my love of writing or my ability to do it away from me.

A word about why we are talking about this now:  I’ve kept quiet about this conflict for years because I didn’t want to cause trouble for anyone.  I had hoped we could come to some sort of agreement privately.  When Nicholas Martin issued legal proceedings against me in April, it brought his Particulars of Claim into the public domain and the whole case into the public eye.  I now feel obliged to try and correct some of the inaccuracies that were reported in the press.  People love a good, simple story about a dagger-wielding opera singer taking her revenge on her ex-partner (The Times, in true tabloid fashion, published a photo of one of my “Queen of the Night” performances to ensure I looked appropriately furious).  That simply isn’t the reality of it.

Was this a factor in your breakup?
We argued increasingly about the film once the project began taking off.  It started with his rewriting of the narrative surrounding the idea – something Nicholas had always readily credited me with.  In fact, I had spoken to a friend about the possibility of working on a French adaptation of a play about FFJ, which is why FFJ’s story was on my mind at that time.  I knew we had to hurry if we were to beat everyone else to the punch.  It is the most colourful story in all of classical singing, in my opinion.  But in Nicholas’ new narrative, the idea suddenly became his and something he stumbled across accidentally.  I objected vehemently to this.

The week Meryl Streep joined the project, Nicholas became visibly miserable at my presence in our home. When I questioned him, he told me that he felt like no part of his life belonged to him anymore.  I moved out that day, though the relationship continued on and off until October 2014, while our friendship and much-reduced collaboration continued until he broke off all contact with me in March of 2015.  I had asked about my share of the film money – a share which he himself had suggested.  By then, he was denying that I should be paid or credited for anything at all.

Have you seen the finished film?
I saw the film several days ago.  It was surreal for me to be sitting there in the audience watching it.  I amused my fiancé by speaking the lines along with the characters.

« So, Itzhak Perlman, what kind of a teacher are you?