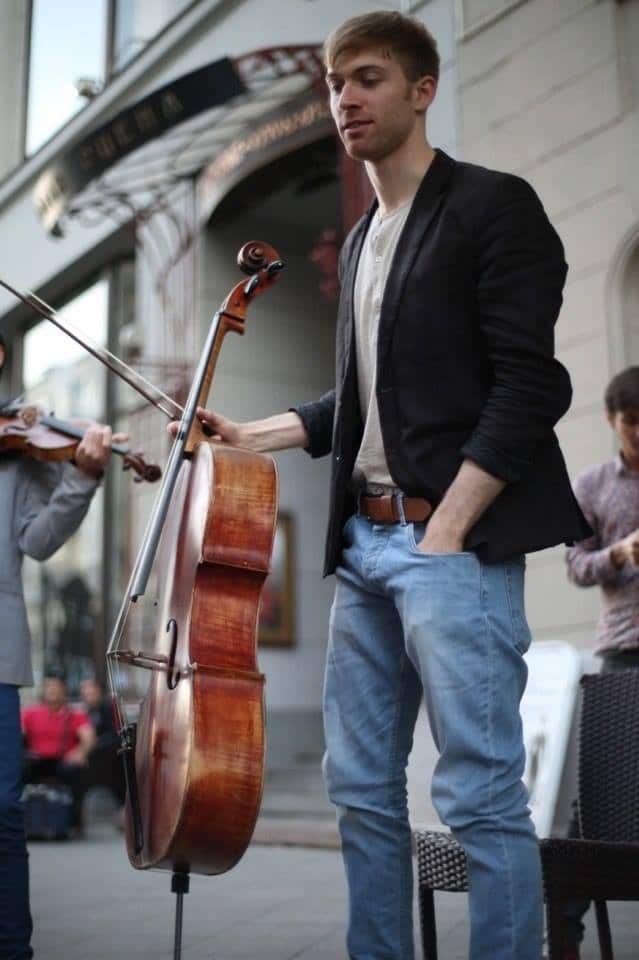 Cellist is arrested in Moscow, charged with ‘organising a rally’

A cellist, Semyon Lashkin, was sitting on a street bench practising a few summer riffs with a couple of pals when police seized him and his cello and swept them off to the cells.

Semyon has been charged with organising a public rally (Art. 20.2.2, p. Ako 1) and could be hit with a hefty fine.

He was released after midnight but his cello has been kept as evidence.

Semyon, 27, has gone on Facebook to protest his arrest.

There is video showing the street was empty at the time.

Please share this information widely to help Semyon regain his cello and his clean police record.

« Musicians Union says: Here’s why you should Vote Remain

Bombshell: The top-paid US conductor of all time is… »