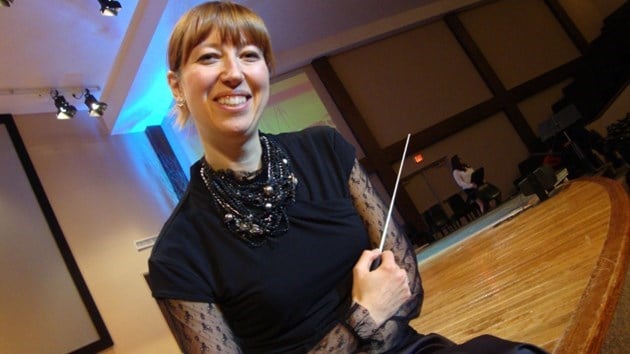 She joins Tania Miller at the Victoria Symphony, Gemma New at the Hamilton Philharmonic, Anne Manson at Manitoba Chamber Orchestra  and Rosemary Thomson of Okanagan Symphony Orchestra, she will be Canada’s fifth serving music director who is female.

It may be that Canada is further down the road than any other country to gender quality in the podium.

Birth of an all-woman orchestra »