Just in: Bayreuth’s Parsifal is stopped by security

There have been mutterings from singers about tighter security measures at Bayreuth ahead of an Islam-themed Parsifal, but no-one has been seriously affected – until today.

It appears that Klaus Florian Vogt, dressed in the role of Parsifal in a soldier’s uniform, was stopped by security and taken out for questioning. It was later said that he failed to wear his identity badge and the security guys failed to recognise Germany’s second most-popular tenor.

Singers have been warned again to wear their badges at all times. 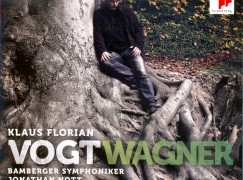