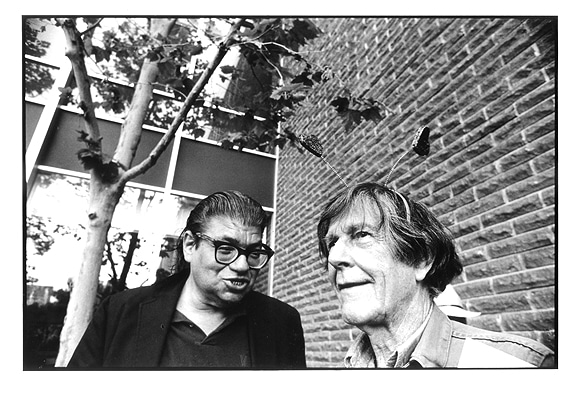 What Pierre Boulez told John Cage (‘Do something with it’)

The pianist Ivan Ilic has reconstructed a 1970 interview Morton Feldman gave in Paris to French art critic Françoise Esselier. It is full of what Feldman calls ‘anecdotes’ which are more like epigrams.

One day Boulez said to John Cage on the subject of Winter Music (1957), ‘It’s very interesting, John. Now you have to do something with it’. And I say, that for me, it’s not what happens in a work of art that makes it interesting, it’s the fact that you’ve never heard anything like it.

There are three separate mind-worlds at work in that story, each pulling music in a different direction. How often do you find that? Boulez is the functional one, Feldman the aesthetic and Cage … no-one knew what he was after.

I once had a long conversation about a similar subject with John Cage. I told him, ‘How can you be interested in Duchamp? He does exactly the opposite of what you do’. Most people don’t realize it, but Duchamp and Cage are complete opposites. Duchamp and Boulez are similar. Let’s just say that Boulez is the epitome of the intellectual approach, with a process that is as clear as Duchamp’s, for example. But what John Cage did, and what I have done, is to extract music from the conceptual domain and to place it in the purely physiological sensation of sound, separated from this conceptual cause and effect.

Women get just 21% of classical commissions and 14% of PhDs »