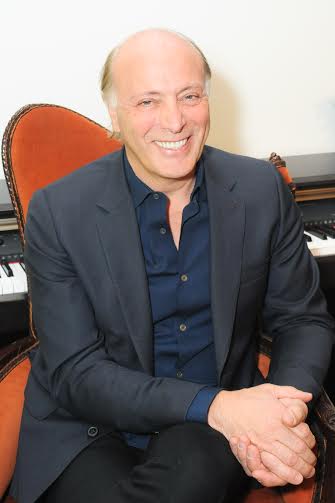 Apparently, he will be working with a specialist classical chief, whose appointment will be announced shortly. The vacancy arose as a result of Elizabeth Sobol’s departure (for those are keeping score). The other point to note is that classics will be run out of New York, not LA. Anyway, here’re the press release that’s about to hit Billboard:

The Verve Label Group will be comprised of Verve and UMG’s U.S. classical music labels including Deutsche Grammophon, Decca Records, Decca Classics, Mercury Classics, and distributed label ECM. The new structure marks UMG’s continued investment in jazz and classical music and the company’s unwavering commitment to building upon its rich history in both genres, while also opening up new opportunities, developing global cross-over artists and delivering innovative jazz and classical experiences to fans.  The jazz and classical labels will maintain distinct A&R, marketing and promotions teams, while also leveraging UMG’s global reach to provide artists with deep resources and expertise to develop their careers.

Under Bennett’s leadership, Verve will relocate to New York, where the label was originally founded 60 years ago as home to jazz legends Ella Fitzgerald, Nina Simone, Stan Getz and Billie Holiday. With his proven strategic marketing skills, Bennett will expand the awareness and reach of UMG’s historic jazz and classical catalogue, and develop and promote emerging artists on a global scale.

David Foster, one of the most successful record producers in history, who led the Verve label since 2012, has decided to return full-time to producing, and will continue to work closely with UMG’s labels and artists. Foster is currently producing albums for UMG artists Carla Bruni and Jordan Smith.

In making the announcement, Michele Anthony said, “By forming the Verve Label Group and attracting an industry veteran of Danny’s stature and expertise, Universal Music is making a strong statement about the high value we place on building on our robust jazz and classical repertoire. We are committed to growing our presence in these genres even further and creating crossover successes that deliver artists to new audiences around the world. I want to thank David for the immense creative impact he had at Verve. On behalf of everyone here at UMG, we look forward to recording many more hit records with David for years to come.”

Bennett said, “Universal Music is home to the largest and most historically relevant jazz and classical recordings. It’s a tremendous honor, and I am humbled to be chosen to lead the newly formed Verve Label Group. I’m indebted to David Foster for leading the iconic Verve label and I look forward to working with him on many future productions. Additionally, I offer my profound appreciation to Lucian Grange and Michele Anthony for this amazing opportunity.”

« William Kapell’s widow opens up about the lost pianist