The London artist manager David Sigall has decided to retire, The company he headed, Ingpen & Williams, will split in two with managers going in different directions.

David Sigall is set to retire this autumn from his post as a director after forty-four years with the company. His decision, reached after long deliberation with fellow director Jonathan Groves, has prepared the ground for the relaunch of the business in September under Jonathan Groves’ name. Groves and his existing team will continue to represent the same artists and work from the same address as Ingpen & Williams. Thomas Hull, who joined Ingpen & Williams twenty-six years ago, will leave to become Director of Artist Management at Maestro Arts on 1 June 2016, while Nicki Wenham will move to Maxine Robertson Management Ltd in September and continue to manage many of David Sigall’s existing artists.

Ingpen’s stars were Pierre Boulez, Georg Solti, Alfred Brendel and Joan Sutherland. Younger artists of that calibre were never going to be easy to develop. 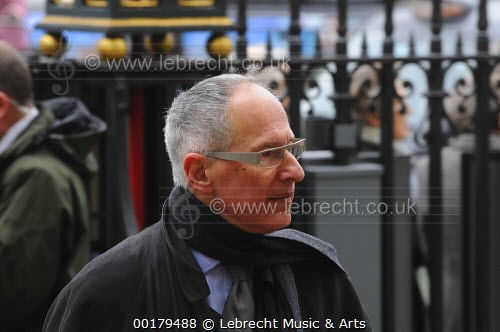 So: Myriam Blundell and Thomas Hull to join Maestro Arts as Directors of Visual Arts and Artist Management, respectively.

Jordi Martin, who has been with the company from the outset, managing artists such as François-Xavier Roth, is appointed Director and Nicholas Goldwyn becomes Company Secretary.