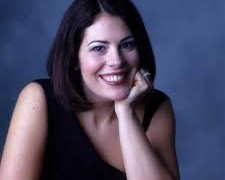 Sonya Yoncheva will open the 2016-17 Covent Garden season as Norma, instead of Anna Netrebko.

Sondra Radvanovsky will replace Netrebko at the Met opening of 2017-18.

Sondra says: Well, the cat is out of the bag….I will be singing the new production and opening night of the Metropolitan Opera’s 2017-2018 season in NORMA! YEAHHH! So happy to be working with Sir David McVicar again as well as Joseph Calleja and Joyce Di Donato! Hugs, Sondra

Sonya is Bulgarian. Sondra is American.

All sorts of other ways to tell them apart.