The dramatic soprano Jenufa Gleich remembers her formative voice teacher Maria Caruso Farnworth, who died yesterday at the age of 89: 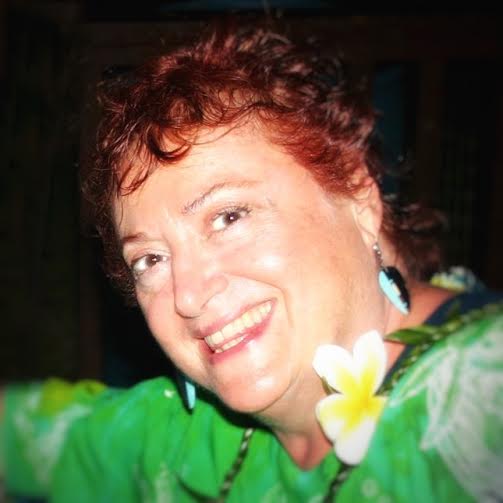 Today, we have had a major loss and big shift in the force by losing a great, old-school mentor and voice teacher, Maria Farnworth.

Maria was my voice teacher, and like most singers who lose their teachers, I have lost a huge part of myself with her death. My teacher, my mentor,my spiritual and artist guide.

A voice teacher of Maria’s calibre comes along once in a great while. Maria grew up in Brooklyn, to a pharmacist father and a stay at home mother. In the 1930’s, her father, a forward thinking man, born in Sicily and emigrated to Brooklyn, loved music and insisted his daughter educate herself with books on science, history and other subjects, but especially music and language. His love of languages was infectious, and young Maria’s keen intellect and curiosity wanted to absorb anything and everything.

Maria loved to sing and was accepted as a star student on scholarship into the Juilliard school of music, as a promising, young Dramatic Soprano. Her star roles, at 19 years old, were already starting to show roots, like Leonora in Il Trovatore. One cold and icy christmas evening, Maria was off to sing a prestigious concert. There was quite a snow storm and the bus that she was on slipped on some ice and turned over. Maria’s neck slammed into the seat in front of her. After that, everything went black.

When she came to, the star student from Juilliard had no voice. She went from doctor to doctor, specialist to specialist, looking for answers to help regain her voice. Her throat was so badly damaged from the collision that she could make no sound. Despair followed disappointment when she could find no one to help her. Feeling suicidal and in a deep depression, Maria, through her sheer will, intelligence and determination, decided that she would find a way to speak again, on her own, no matter what.

She studied all the books on anatomy, psychology and spirituality that she could get her hands on, and with an obsession to get back her voice, made extraordinary discoveries. The doctors who were treating her were astounded. She had, in fact, taught herself to speak again.

When the famous otolaryngologist to the stars, Dr. Wilbur J. Gould asked her, how the hell did she, with this beyond damaged throat, begin to speak again? It was an astonishing feat, according to him. She explained to him what she had done and soon thereafter, he sent many damaged throats to Maria to be healed. She went on to lecture all around the world at vocal institutions and medical conferences. Once in a 3,000 seat theatre, they offered her a microphone and she answered, in her typical no nonsense style, , “I don’t need a F*****G mic!” How did she do it?

Her answer? The soul-brain and instinctual, responsive breath.

Over the years, as word spread, doctors began sending Maria their worst cases, those with the most severe vocal problems. Her knowledge coupled with her love and deep understanding of music brought her to teaching singers. She demanded that they sing with the deepest artistry that they could find within themselves with great patience, love and of course, soul brain.

In Maria’s teachings, the soul brain was the first and foremost important factor in singing. How one needed to be present and centered, sing with deep intention of text and emotion, as big as one who would cry at any moment or laugh to pieces in an instant, was according to her, the only way that the vocal apparatus, combined with instinctual breath and depth of feeling would ignite the flame of the true voice. Deepened into the body with an upright comfortable posture and deep connection to the music brought the music alive in oneself, full of joy and presence.

Many of her teachings were also based on the great Lamperti school of voice, but sharpened and fine-tuned, due to her own experience. In this past year, she had been in and out of hospital and her speaking voice still sounded youthful and vibrant. The doctors often asked her about it. She answered them the same way. “My sweet man, I am a singer and it’s my soul brain and my breath!”

We, as her eager students learned this from her in spades, but what did this kind of study take? It took something that the business generally doesn’t give young singers today. TIME. She would say, “it takes as long as it takes”. “You can’t sing that phrase, yet.” “Ars Longa, Vita Brevis” (art is long but life, brief). She refused to ever have a singer come to the studio with music in hand to look at whilst singing. No. That piece of music needed to be off-book, memorized, known as well as the back of your hand, deep into your consciousness already.

With a strong verb, an intention of the character, you were ready to do the work. That all took time and she impressed on us, that art doesn’t happen in a rush. With the many languages a singer must sing in, one needed to know a language in order to sing it, not just IPA. She hated IPA. She often talked about how one couldn’t sing a song with IPA alone because how the hell would you understand the inflection of the language, the cadence of that language in the music and understand where the music is going without knowing the language? How could one communicate deeply on a soul level without understanding the music behind the music, the subtext of the text?

Maria was not a fan of the conservatory system, either. She felt that they rushed students through to achieve things that they weren’t even close to being ready for. How could they be ready to serve the music of the great composers without life experience? Singers voices need time to grow and they needed to grow up. To her, the school system focussed too much on sound and results, instead of growing and nurturing the artist and their true voice from the

Her standards were extremely high, almost too high, causing many that studied with her not to pursue their careers fully, due to never feeling ready enough. It was that much of a challenge to please her expert ears. If one could take it, they would get over the force that was Maria, and commit to the work and the journey. You would walk out of that lesson on air when you sang up to her standards, and feel like cottage cheese when you didn’t. Music had to break your heart, get under your skin and kick you in the guts.

“A blind man from Uzbekistan, sitting in the back of the theatre should be able to understand what is going on while you sing Isolde in German by the inflection in your voice!” I heard that one, often.

She never looked for glory or fame as a teacher, it was only about doing the work and honoring your artist, the composers wishes, universal truth and the magic that music gives us. Nothing else mattered.

She was a wise master that shook the worlds of those who came to learn. A life immersed in art and the quest for excellence, Maria’s spirit left this world on mother’s day. She was 89.