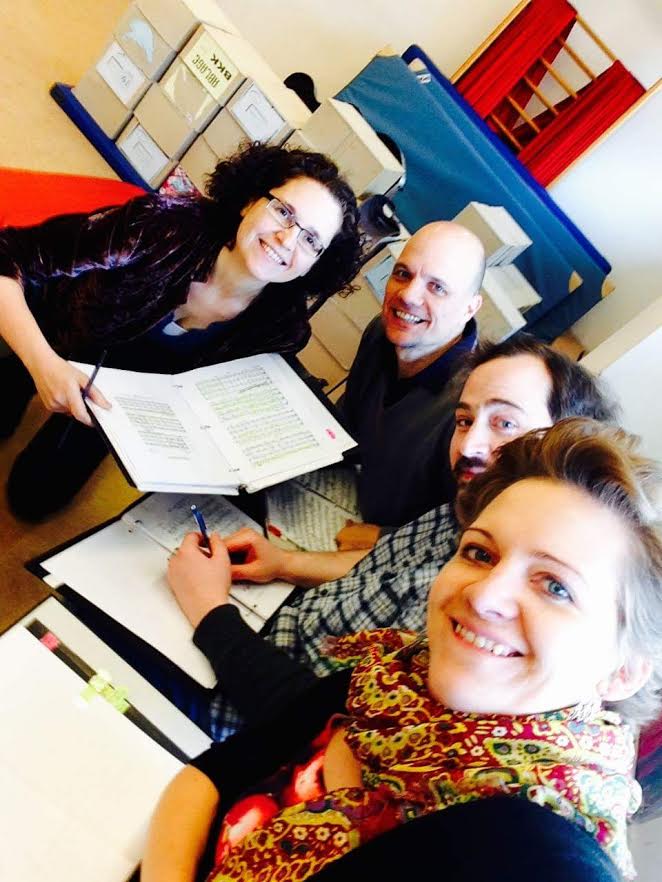 How a string quartet copes with its errors

Some serious inside talk this week from Anthea Kreston, American violinist in the Berlin-based Artemis Quartet. What do you do when someone says, you made a mistake? Essential reading for all musicians.

Jonas Salk, the man who discovered the polio vaccine, said,  “life is an error-making and error-correcting process”.

When I was a freshman at the University of Minnesota at age 16, my first semester’s plate of courses included an “Intro to Sociology” course which made big impressions on me in many ways. Firstly – I was one of 350 students in a cavernous sub-basement bunker-type hall, and the teacher stood behind a large desk, miked, and used a wall of chalk-board and an overhead projector. I was completely overwhelmed by the situation as well as the amount, complexity and speed of learning we were expected to master. I couldn’t even really make out the features of the teacher, whose name I have forgotten, and who had the stage presence of a plate of steamed cauliflower.

But – in retrospect – this class and the materials have affected me greatly and I often find myself casually ruminating on a point or two from those articles and books. One thing has made a huge impact on my life – an article on “Self-correction vs Other-correction”.  Here is the full title – I just found it again on Google Books and it is still a tough read. “The Preference for Self-correction in the Organization of Repair in Conversation” by Emanuel A Schegloff, Gail Jefferson and Harvey Sacks. Although this is a linguistic study and part of a large linguistic field which studies the ways of language acquisition, I found it was and is completely related to string quartet rehearsals.

The premise is (I will spare you the abstract) that humans naturally recognize their flaws, correct them automatically, and learn them deeply and with pride when they correct themselves. Humans do not learn as well when others correct them, and they begin to lose their own self-correcting initiative when there is too much other-correction (correction by an outside source).  Think about this and how you feel differently when playing:

b. in a quartet

c. in an orchestra

Self-correction occurs in the practice room – but we practice a type of other-correction in those rooms as well – metronome work. Small ensemble work is one of the only places where true democracy and individual control can occur. Not the only place of course, but a very important one.

In quartet rehearsals, I am always painfully aware of my flaws. I think everyone is. I once had a boyfriend who described playing classical music as “a series of small disasters”.  I care a lot about my role in an ensemble – I want to be my best and am often frustrated or disappointed in myself. I want to get better. I am proud of my small victories – a note ended absolutely with others, a complicated rhythm pulled off without hitch. How do I feel when someone points out my flaw immediately and tells me what they think is wrong? Defensive, annoyed, and looking forward to pointing out that person’s next flaw. Am I shallow?  Probably. I correct the fault but I am not proud – I wait for the approval of the person who pointed it out. How often does someone point out a flaw which you are not aware of?  Very rarely.

So – my philosophy is – let that person figure it out themselves. Let it be terrible three times – and if they need some help on the fourth I use the YoYo Ma Deflection Tactic. I say “I would love to do bar 242 slowly once – I just don’t feel like I am with everyone”.  That way we can do the bar, the person who needs help can get help, and no one is defensive or upset. Play it 5 times. Blame yourself first. Have pride in your improvements and desire to improve, rather than looking at others. Everyone in your group is an excellent musician who is highly trained and wants to do their best.  Let them do it.