Departing maestro: The manager ‘wants me out of town as quickly as possible’ 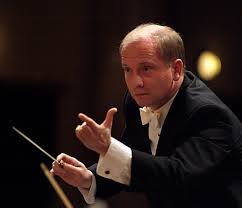 Read the full breakdown article here. They should teach these things in music school.