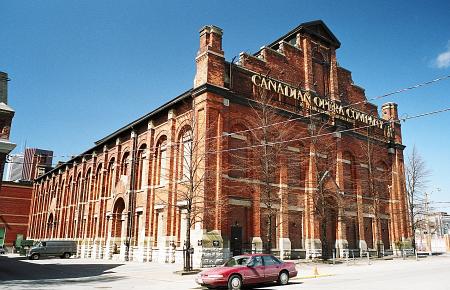 Canadian Opera Co: We just asked for a correction. The paper took down its review

The COC has published it own version on Slipped Disc of the events that led to Arthur Kaptainis’s deprature as music critic of the National Post.

According to Jennifer Pugsley, Media Relations Manager for the COC, she wrote to the Post seeking two corrections – one for a photographer’s credit and the other an alleged misrepresentation of a scene in the opera involving Anna in Act II when she is brought into Maometto II’s tent. Arthur’s review describes the moment as “When she removes this encumbrance she is treated to a striptease by a nearby ballerina. I wish I could tell you why.” There is no way that the dancer could be considered a ballerina. She’s clearly a belly dancer.

So far, so reasonable.

In reply, the Post editor over-reacted: Oh, wow. I will take it down immediately, and wait until we have the time to adjust it to put it back up again. I would love to talk about coverage with you, and if I wasn’t in the middle of hiring two new people for my section, I would’ve tried to schedule something before this. I really hate running reviews for performing arts. They simply get no attention online, and almost always end up as our poorest performing pieces of digital content.

And that’s it? Not quite.

Jennifer in her first email to the Post seeks to pile pressure on Kaptainis and possibly unseat him:

I have to confess that Arthur’s reviews continue to baffle many of us at the COC. His opinion is his opinion, and he’s entitled to it, all we ask for from our critics is a fair and open-minded consideration of what we present on our stage. It’s becoming more and more challenging to see that kind of thoughtfulness in his reviews. This is a sentiment that we’ve pointed out to your predecessors. While we are coming to the end of the COC’s 15/16 season, the way opinions are expressed in this latest review make me want to flag the matter with you sooner rather than later.

If there’s an opportunity to discuss the matter more thoroughly with you, we would welcome it.