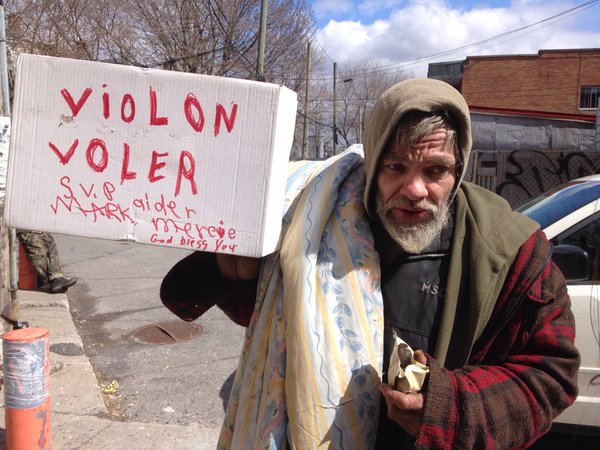 Here’s a heartwarming story from the hard streets of Montreal, Canada.

Mark Landry, a homeless man, woke yesterday to find his violin had been stolen. He played the instrument on the streets to stay alive and sane.

Mark created a placard ‘violon voler’. A passerby snapped it and posted the pic on social media.

Hours later, the Orchestre Métropolitain saw the message. They called the Maison du Violon, a local dealership. Between them, they got Mark a new violin, bow and case by the end of the day.

« Maestro sues orchestra for back pay

Maestro move: Mozart in the Jungle guy gets a steady job »