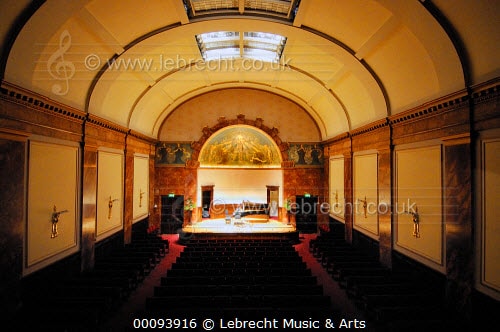 What Brexit will mean for musical Britain (1)

One of Europe’s best string quartets played at London’s Wigmore Hall this week.

Three of the players are EU citizens, the fourth is from a former Soviet republic.

The unlucky man (we have been asked to protect identities) must apply for a working visa every time the quartet performs in Britain. The visa costs him £450.

That’s about his entire fee.

The celebrated quartet will play the Wigmore Hall again next month. Our friend will pay another £450. (Apparently he requires a Certification of Sponsorship each time from every booking venue.)

The process he has to undergo through the UK Border Agency is complicated and time consuming.

But that’s how we treat non-EU citizens who want to take part in our musical life. They are not part of the club. Our gatekeepers can exploit, harass and humiliate them, and no-one cares. That’s life.

Imagine Britain voted to leave the EU. Before very long, other EU countries would subject our musicians to similar regulations. We’d be the ones who paid £450 for an EU visa. Our government would doubtless reciprocate. Musical life would wither for want of the free flow of talent. We’d be living in the Land without Music.

UPDATE: Here’s what Brexit will mean for music colleges and universities.

« Grieving Cliburn winner will play again next week, in Scotland