SAN FRANCISCO, 18 April 2016 – The San Francisco Symphony (SFS), led by guest conductor Pablo Heras-Casado, will be the first major symphony orchestra to use Facebook’s live video streaming feature “Facebook Live” to webcast a world premiere to audiences around the globe, for free. Commissioned by the SFS, composer Mason Bates’s latest work Auditorium, with Bates performing on electronica, will be streamed from Davies Symphony Hall in San Francisco on Wednesday 27 April at approximately 8:15 pm local time/PST (Thursday, 28 April at approx. 4:15 am in the UK) on the Symphony’s Facebook page www.facebook.com/sfsymphony. The world premiere webcast will also be archived and available for on-demand streaming following the performance. To experience Auditorium, viewers should be followers of the SFS Facebook page, and will receive an automatic notification when the stream begins. 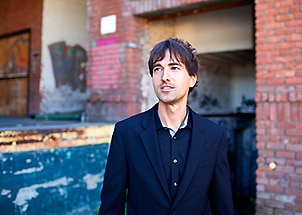