It has become abundantly clear that the turmoil at the Bucharest National Opera is about the rise of Romanian chauvinism.

Johan Kobborg made it clear earlier today that he was fired by a conductor who insisted everyone spoke Romanian.

Outside the opera house, dancers were barracked by backstage staff who shouted ‘foreigners leave the country -this is our national opera’.

Alina Cojocaru, in tears, announced that she and 30 other dancers will leave immediately. Cojocaru, who is married to Kobborg, is the country’s star ballerina. 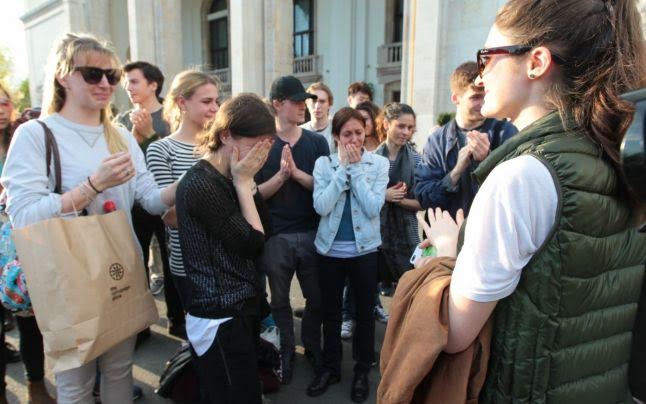