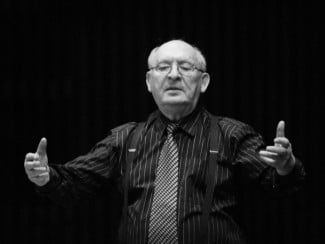 The Siberian city of Omsk is paying tribute to Semyon Kogan who, as a young conductor, formed a symphony orchestra in the early 1960s and stayed on as its artistic director for 13 years.

Kogan has died after a long illness, aged 88.

After leaving Omsk, Kogan was appointed chief conductor in Rostov-on-the-Don.

He conducted the Tchaikovsky Competition finals in 1994. Ten years later, he gave a concert in Athens at the opening of the Olympic Games.

« A good day for women conductors

Minnesota comes to Edinburgh, but not to BBC Proms »