Meet the composer: ‘Her hair was humongous and curly, and she was wearing a red dress’

Composer Stacy Garrop tells the Chicago Maroon how she found a role model in the mid-1990s:

SG: In the 1990s in Chicago, there just weren’t that many new music groups anyway. Actually, the [class] that came in right after me said, “Hey, we need reading sessions at this school,” and that’s when groups like eighth blackbird and Pacifica Quartet started having residencies at the school. I was just in that era where they hadn’t matured the program to that point. If I’d waited just one more year, these possibilities would have started to come up!

CM: You mentioned studying with Shulamit Ran. What kind of teacher was she? 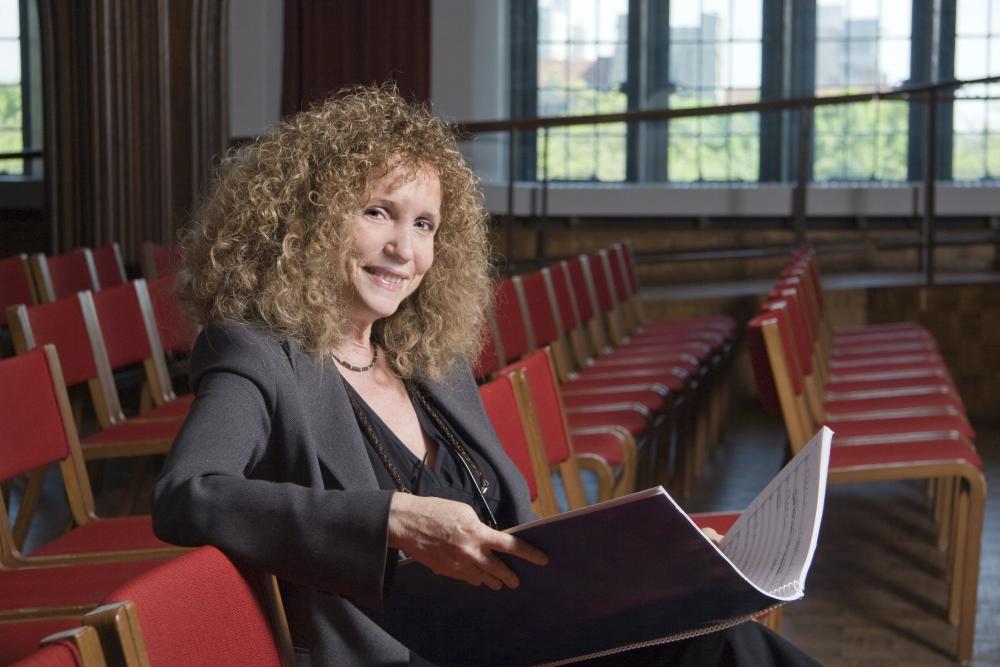 SG: At the time, she was both the composer-in-residence of the Chicago Symphony and Lyric Opera. I studied with Shulamit my first year, but ironically, she took a leave of absence my second year. Instead, they brought in Andrew Imbrie, a professor from University of California, Berkeley—also, ironically, a school I’d gotten into and considered attending. So I had a chance to study with him after all!

But Shulamit was a wonderful role model. She was a woman who wasn’t afraid to look like a woman—what I mean by that is that other female professors I met [while auditioning] would wear a drab suit, or not really any jewelry. But when [I met] Shulamit, her hair was humongous and curly, and she was wearing a red dress. It was like, “This woman is not afraid to show that she’s a woman!” That was very striking in that era.

CM: Now you’re teaching the next generation of composers [as an Associate Professor of Composition at the Chicago College of Performing Arts at Roosevelt University.] How have attitudes toward female composers changed, both inside and outside academia?

SG: Well, the difference within academia is that the old guard is retiring, so the attitudes that they had are also retiring. Some of the people I met at Michigan were simply not used to the idea of a female composer. I won a prize called the Elaine Lebenbom [Memorial] Award that was started in memory of the first woman to [study composition] at the University of Michigan. When I went out for the award, [I heard] stories about how she met a lot of pushback by people that said things like, “How dare you take this composition opportunity for a man who has to provide for his family?” Well, wait—this woman might want to provide for her family! That just wasn’t in the thinking. That kind of thinking has thankfully been leaving as that older generation retires.