From the organist and composer David Briggs:

Thrilled to be back in New York for the first performance of my new transcription of Mahler 8. An 18-month journey and one of total immersion! This week we have about 24 hours of rehearsal, before the concert on Thursday 7th at 7.30pm. The dress rehearsal and the concert will be recorded by Fred Hohman (Pro Organo records). It should be quite a sound, with 380 singers (Manhattan School of Music Symphony Chorus/Oratorio Society of New York), childrens chorus, 8 soloists and the unique Skinner organ at SJD.

Mahler said: ‘A symphony must be like the world. It must contain everything’. It has long been an ambition to transcribe Mahler’s Eighth. It follows on from my transcriptions of the Fifth (1998), Sixth (2006), Third (2009), and Second (2012). I hugely value the opportunity to give the world premiere of the new transcription at St John the Divine – with its unique acoustic and stunning Skinner organ, and such voluminous choral resources. Making the transcription took the best part of nine months, and learning it rather more! Without doubt, Mahler included some of the most beautiful music he had ever written. For me it represents his never-ending quest for faith and completeness. The final apotheosis is completely overwhelming – even more so on the organ than the orchestra, in my humble opinion. Although he didn’t know it at the time, this was the last music he was to ever conduct in Europe (at the premiere at the Neue Musik-Festhalle in Munich, in September 1910). 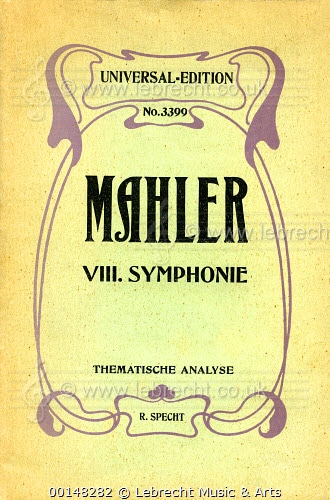 Thursday’s performance will be dedicated to John Scott, my longtime friend and extremely distinguished Organist and Director of Music at St Thomas Church, Fifth Avenue, who died extremely unexpectedly and prematurely in August last year. We miss him so much.