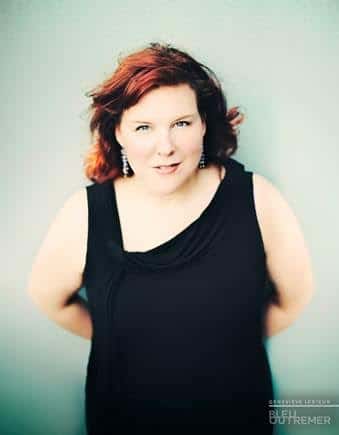 One of today’s leading contraltos, Marie-Nicole Lemieux is in demand on the opera stage, as soloist with the world’s finest orchestras, in recital and in the recording studio. The French-Canadian singer is as renowned for the richness and agility of her voice as for her warmth and exuberance, on stage and off.

It is these rare qualities that have led Erato to sign Lemieux as an exclusive recording artist. Her label debut, due for release early 2017, will be devoted to Rossini, whose music she describes as “a revelation” and for whom the singer has a particular affinity. The recording sessions took place in December 2015 around Lemieux’s Rossini recitals with the orchestra and chorus of the Opéra National Montpellier Languedoc-Roussillon and conductor Enrique Mazzola. “Strangely, with Rossini, you sing twice as much, but you’re half as tired at the end of the performance,” she told Opéra Online. “Rossini, it’s organic, it’s beautifully written, and he understands perfectly the voice.”