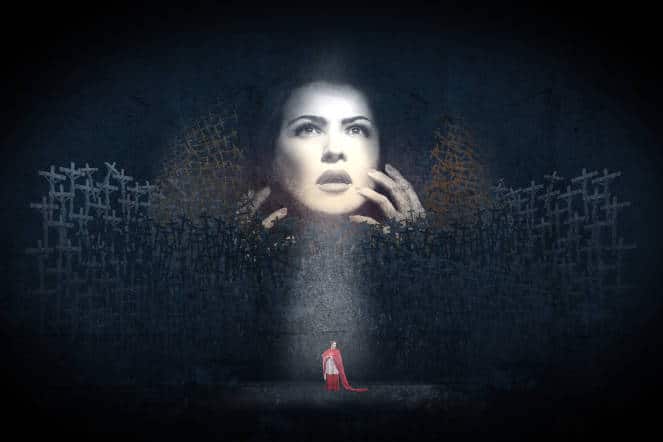 She has withdrawn from the opening of the Royal Opera House season in London, and they haven’t found a replacement. It’s a major setback for the company.

Here’s what all sides are saying:

Anna Netrebko has said: ‘As I have begun to prepare the role, I have come to the unfortunate conclusion my voice has evolved in a different direction. This is something I could not have anticipated when Maestro Pappano and I planned this project four years ago, as we singers have to make decisions about roles and projects several years in advance. It pains me greatly to disappoint him, the Royal Opera House, and audiences in the UK. Knowing that tickets will soon go on sale and not wanting to mislead anyone, I feel I must now be honest with myself as an artist and make this very difficult decision.’

Kasper Holten, Director of Opera added, ‘We are working hard on finding a new leading soprano to join Tony Pappano, Joseph Calleja, Sonia Ganassi and Brindley Sherratt in the rehearsal room later this summer. We are, of course, very frustrated that Anna has felt it necessary to cancel a major role debut with us for the second time. We have done everything we can to avoid this situation. Whilst we regret that her withdrawal has come at such a late stage, we do respect her decision and understand how difficult this is for her as well. We are sorry for the disappointment this may cause some of our audience.’

Antonio Pappano, Music Director added, ‘I am of course saddened not to be doing this iconic opera with Anna. We had planned this project around her ambition to take it on some time ago but we all have to accept that things sometimes change. After all, it is a hugely challenging role. We have a superb creative team led by Àlex Ollé and a fantastic line up of world class singers and we will announce our new Norma shortly.

Anna and I have some other plans for the future at Covent Garden, in particular one of the major roles in which she has recently triumphed.’