The conductor Anthony Barrese has spent ten years searching for an opera on Hamlet by Franco Faccio, with a libretto by Verdi’s Boito, staged at La Scala in 1871.

He reconstructed version will be seen next month at Opera Delaware, and then at this summer’s elite Bregenz Festival. We asked Tony Barrese to explain his obsession. You read his story here first: 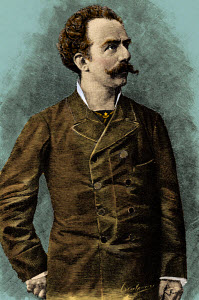 I first became aware of an opera based on Shakespeare’s Hamlet with a libretto by Arrigo Boito and score by Franco Faccio in 2002, during my first season as an Assistant Conductor at Sarasota Opera. The early history of the opera is very brief. It was premiered with some success in Genoa in 1865, and the composer gave it an extensive revision for La Scala. The 1871 La Scala production was a disaster; the tenor who sang Hamlet was ill and gave a poor performance. Faccio was so disturbed by this failure that he refused to have the piece performed again in his lifetime, and gave up composing altogether. Thus Amleto lapsed into obscurity for nearly a century and a half. Faccio, however, went on to an impressive career as a conductor, leading the Italian premiere of Aida, and the world premieres of La gioconda, Otello, and the revised Simon Boccanegra. He also became, in effect, the first music director of La Scala, or the first “maestro scaligero.”

By the time I became interested in the opera, there was no usable musical source other than the printed libretto and a few piano vocal score excerpts. What started out as a curiosity (what did these legendary scenes in Shakespeare sound like to a 19th century Italian?) soon became an obsession. But contrary to standard practice, Ricordi had never made a complete piano vocal score, and so my only hope was that the Ricordi Archives in Milan had a copy of the composer’s autograph full score. Through the efforts of Maestro Victor DeRenzi at Sarasota Opera, dramaturg Cori Ellison (then with the New York City Opera), and the eminent Verdi and Rossini scholar Philip Gossett, I was able to contact Gabriele Dotto at Casa Ricordi who informed me that Ricordi did indeed possess the autograph manuscript. This was the summer of 2003, and Ricordi was in the process of moving its Archives from the outskirts of Milan to the beautiful Brera district. As luck would have it, they had a copy of the autograph on microfilm, and I immediately sent away for it.

As soon as the microfilm arrived I had photocopies made on 11 x 17 paper, and before I knew it I was face-to-face with a 900+ page manuscript filled with faded staff lines, and a barely legible handwriting, which contained thousands of 19th century idiosyncrasies. I was on the music staff of Opera North in New Hampshire that summer, and in my spare time I began transcribing the manuscript. The first page was not so bad:

Besides having the violins and violas at the top of the score, and the bassoons written under the trumpets, this page didn’t pose that many problems. But it wasn’t long before I ran into pages like this, where the lines were completely faded, and things were crossed out, and rearranged:

All of this is standard fare for a musicologist, but as a conductor (with degrees in music composition) it became a fascinating exploration of new terrain. I did find that if I could uncover one note in a harmonic progression—since Faccio was still operating in the world of tonal harmony—the rest could be filled in very logically. It was only in places where the composer was experimenting with his version of “wagnerismo” that things got a little dicey.

Today, libretti for both the 1865 Genova premiere and the 1871 La Scala remount are readily available online. Back in 2003, my wife had to go to the New York City Performing Arts Library and make a photocopy of a microfilm of the libretto. This proved to be extremely useful, as Faccio’s handwriting was completely foreign to me at the time.

Note by note, week by week, month by month, I started stitching the piece back together. Besides being a brilliant piece of dramatic theater, Boito’s libretto is a distillation of all the greatest moments of Shakespeare. “To be or not to be” becomes “Essere o non essere;” “Get thee to a nunnery” is now “Fatti monachella!;” and “methinks the lady doth protest too much” is “È soverchio loquace la regina.” I would come to one of these iconic moments, write it out, then rush to the piano to figure out what it sounded like. The play within a play was now a riveting opera within an opera. The scene with the ghost and Hamlet’s mother became a scintillating gran scena e terzetto. With every passing scene, Shakespeare’s tragedy came to light in a musical language that was both familiar and new.

After months of painstakingly putting the pieces together, I finally had my own handwritten full score of the piece, and began engraving it on a computer program. But in order for people to be able to look at it and assess it, I needed to make a piano vocal score of it. So I started again with the first page of the score, simultaneously checking my original work, and reducing it to a playable form for the piano. Right away I found dozens of errors from my first past draft in the first few pages. Things that were unclear on the first pass-through now were illuminated since I had a better understanding of Faccio’s writing style. Once the piano vocal score was completed I began shopping the piece around to anyone who cared to look at it.

I spent the summer of 2004 in Milan and was able to view the autograph manuscript first-hand in the archives over a series of weeks, again checking for uncertainties, and hoping that the physical manuscript was easier to read than the microfilm (it was). During the winter of 2006 my friend Eugene Kohn and I organized a read through of the score for Plácido Domingo, who later wrote “I had the pleasure to attend a presentation of this work…and I remember well the strong impression made by both the quality of the mjusic and the performance.” In 2007 I led the American premiere of Ofelia’s “Marcia Funebre” with the Dallas Opera Orchestra.

Years went by, and I would occasionally tinker with the piece, uncovering layers that had previously been confusing, eventually creating a set of orchestra parts, while in the meantime my conducting career began in earnest. When in 2010 I was made Artistic Director of Opera Southwest in Albuquerque, we experimented with some lesser-known operas like Rossini’s Otello, which proved to be a big hit with the audience and garnered us some national attention. Seeing that, artistically, the way forward for a regional company lay less in the tried and true standard repertoire, and more in unknown works, the board approved a production of Amleto for the fall of 2014.

Opera Southwest formed a partnership with Baltimore Concert Opera through my friend Brendan Cooke, who had been with me at Opera North when I first started transcribing the work, and who had taken a keen interest in its development throughout the years. Now Brendan was Artistic Director at BCO, and General Director at Opera Delaware. In Baltimore, we did a week of musical rehearsals, culminating in two concert performances with piano. These evenings received positive reviews from the Washington Post, the Baltimore Sun, and parterre.com (Anne Midgette called the work a “missing link between Verdi and Verismo”). Immediately following the BCO performances, the cast and I all headed to Albuquerque and worked for the next month preparing Amleto for its first fully staged production since 1871.

The Opera Southwest production was an enormous financial and artistic success for the company and was reviewed favorably by the Financial Times, the Corriere della Sera, American Record Guide, and the Santa Fe New Mexican. Opening night was broadcast live on KHFM Albuquerque.

This May, I will lead a new production at Opera Delaware with an entirely new cast, directed by E. Loreen Meeker. In the summer of 2016 the work will be mounted by the Bregenz Festival with another new production, conducted by Paolo Carignani and directed by Olivier Tambosi. It has been an incredible experience to see this piece go from a small curiosity, to an all-encompassing obsession, to being staged by two opera companies in the same year, on different continents. I feel very strongly (however subjective my belief may be), that the piece deserves to be heard more. If it eventually ended up in the standard repertoire, or even on the periphery of the standard repertoire, it will have exceeded my most fantastical expectations. 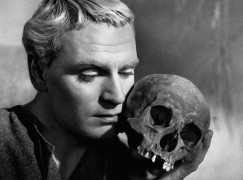