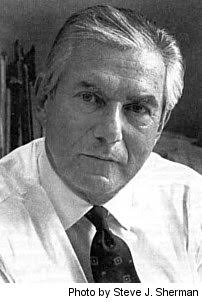 We have been notified of the death of Stewart J Warkow, executive director of Carnegie Hall from 1978 to 1982.

Stewart, who was 81, started out in the accounts department of NBC, became Leopold Stokowski’s assistant at the Symphony of the Air and helped for the American Symphony Orchestra, acting as its first artistic director. He became house manager at Carnegie in 1968, rising to the top job ten years later.

For the remainder of his career he headed the conductors’ division of the ICM agency, looking after such artists as Stanislaw Skrowaczewski, Zdenek Macal, Peter Maag, Gary Bertini, Charles Mackerras, and Bobby McFerrin—as well Andres Segovia, Ruth Laredo, and Eliot Fisk.

He was old-school, unflappable, respectful of artists and art, a perfect gentleman.

Death of a major theatre composer »