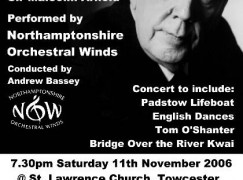 Composer gave his 7th symphony to a workman

For the last three decades of his life, the English composer Sir Malcolm Arnold was blocked by various court orders from accessing his own money.

Malcolm had been hospitalised with mental illness and his family were at odds with his personal carer. It appears that he gave his possessions away, either in lieu of payment for goods and services, or because he had a generous heart. The manuscript of his seventh symphony, one of his most successful works, turned up this week on ebay.

I met Malcolm several times. I have racked my memory and my shelves to ascertain whether he gave me anything and I can honestly declare that he never did.

But if he did, would I have refused it? Of course not.

And who knows when I, or my heirs, might have found it necessary to sell it on ebay?

That’s what I find so sad about this story. 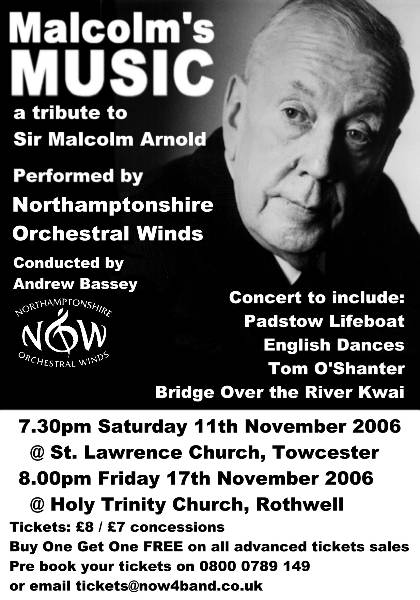 If you’ve never heard the 7th symphony, hear this.

Kathleen Ferrier does the splits »