“I would like to make sure they understand all the festivals and concert promoters, and also the managers of the artistic institutions from Romania, that in the first place, the Romanian artists have to be respected in their own country, forever, [with the same respect they receive] the foreign guest artists which have the same great value as we have, which is a common practice in all the countries with cultural traditions from all over the world. 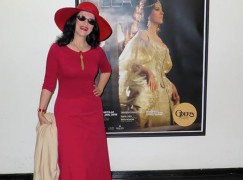 Rather less ambiguous is a statement by Ileana Iliescu, former darling of Romanian Ballet:

‘Where it is now our ballet company, leaded by a foreign citizen, the Danish Johan Kobborg, the one who impose the dancers to speak in English, as he refuses to speak the language of the country where he works?’

UPDATE: We credited Ms Gheorghiu with too much ambiguity. Her Facebook post places her firmly behind the nationalist reformers: