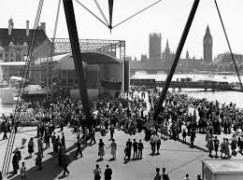 Are big-city festivals a thing of the past?

We reported last month the decimation of the Zurich Festival.

Today we report the demolition of the City of London Festival.

The two wealthiest business hubs Europe have decided that they can’t be bothered with culture. Or that culture is not relevant to the summer months, when bankers are out of town. Or that culture no longer adds the kudos it once did.

Whatever the case, the bell is tolling for big-city jamborees.

Vienna still has an adventurous event in June and Berlin a top-heavy fest in September.

But that’s about it for capital cities. The Prague Spring and Warsaw Autumn fests have faded. Paris, Rome and Madrid draw a blank. What future for summer in the city?

« A closing statement from a once-great festival

The flight departing from Gate 9 is bumblebee (via Bartok) »