The wonderful Emmanuel Ceysson received his notification of tenure from music director James Levine earlier this week, on his birthday weekend.

And an anonymous admirer – a fellow-professional musician – presented the Met with two new harps for him to play. When I saw Emmanuel the other day, he was radiant with happiness. 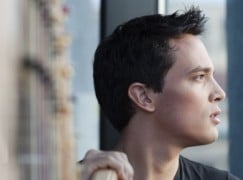 You’d think the Met would bang the media drums about it? Not a whimper.

From Joe Goetz, at WFIU in Bloomington, Indiana, sourcing the Herald-Times Facebook page:

It was about 5:30 in the morning when Gwyn Richards’ phone rang. He needed to come to the Monroe County Airport. There had been an accident. Five students at Indiana University’s Jacobs School of Music had died in a plane crash. Richards, the school’s dean, spent the rest of the day in IU’s hangar, gathering facts and meeting with the students’ families who came to Bloomington later that day. It was a surreal and difficult time, Richards said, but looking back 10 years later, he is reminded of how important it is to come together in times of tragedy. “I’ve learned since, when you have a loss as impactful as that, it’s important to gather as a community,” he said. “The only thing that helps is to be held by someone else. It’s not so much about the words but the presence.”

On April 20, 2006, after a rehearsal for a performance as soloists with the Bach Chorale Singers at Lafayette’s Long Center for the Performing Arts, voice students Robert Clayton Samels, Zachary J. Novak, Garth A. Eppley, Georgina H. Joshi and Chris Bates Carducci boarded a Cessna 206 piloted by Joshi to head back to Bloomington. As the plane approached the small airport on the western edge of Monroe County, Joshi activated the runway lighting system. But the Cessna never touched the pavement.

Joe will be hosting a remembrance of the five at 7 pm tonight, concert broadcast live at 8. wfiu.org.

At rehearsals for Verdi’s Falstaff, Riccardo Muti and the Chicago Symphony became aware of an unusual guest in the hall. Turns out the Chicago Bulls’ Pau Gasol is a big opera fan. Like, very big.

He stayed right through the afternoon, looked into Maestro Muti’s score and agreed to a photo-op, with some adjustment for size. It was taken by the bilateral Todd Rosenberg, who covers both concerts and competitive sports.

Big day all round in Chicago. 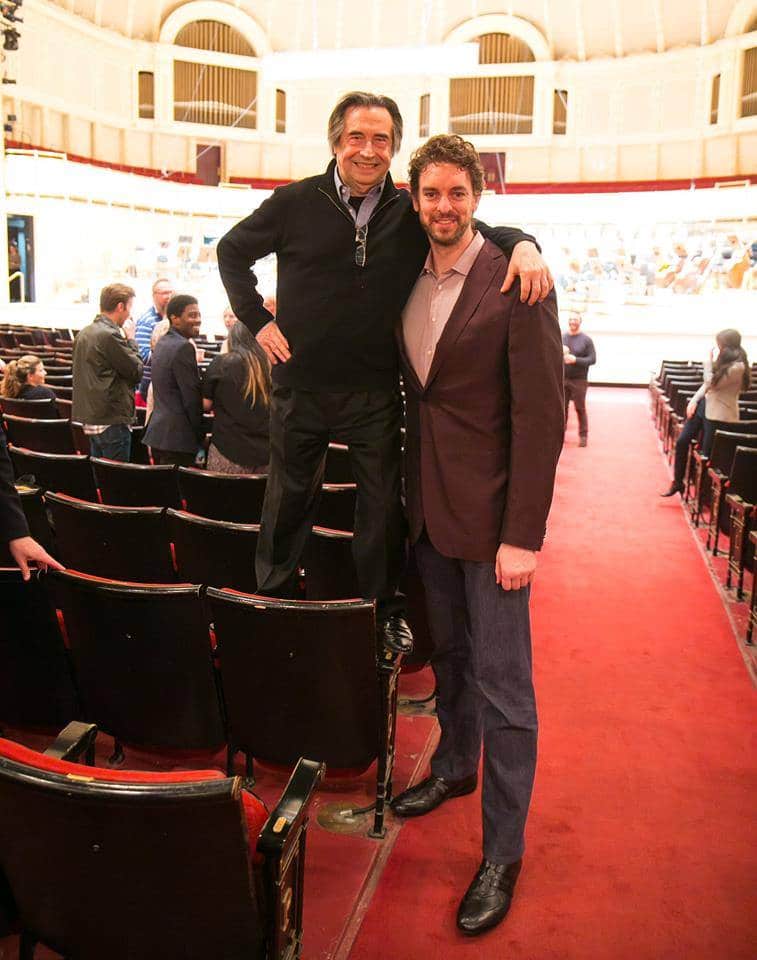 The effervescent, witty and extremely music Victoria Wood has died of cancer at 62.

The mortal toll of 2016 is intolerable.

Victoria was outstandingly musical, often performing her own compositions.

She was a regular attender at symphony concerts and a totally civilised human being.

It has been announced that Gavin Reid, chief executive of the BBC Scottish Symphony Orchestra is leaving the organisation to become head of the Scottish Chamber Orchestra.

But the BBC is not a happy place these days with cuts everywhere and orchs fearing for their future.

It could prove a good move.

Gavin Reid says: ‘I am enormously thrilled to take up this post with the SCO after 10 wonderful years at the BBC SSO. I am passionate about music and the arts and the extraordinary opportunities that they can offer to everyone. I am particularly excited by the crucial and influential role that the SCO plays within Scotland and I look forward to working closely with players, staff, artists and all of the SCO’s supporters to build on the fantastic achievements of recent years, as led by Roy McEwan.’ 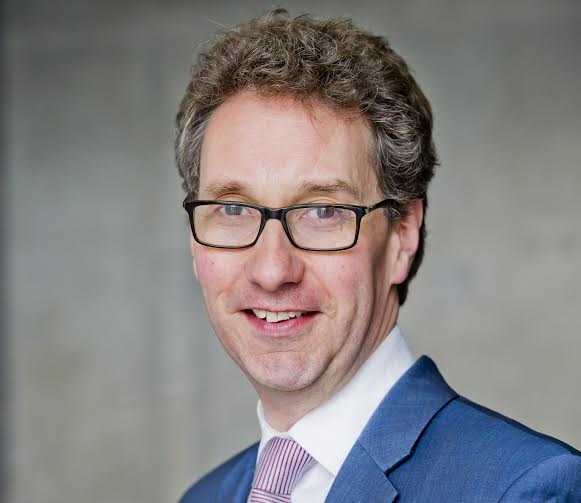 Here’s what happened when President Hollande visited Egypt this week.

I am teaching for 15 years already in Vienna at the University for Music and Performing Arts, and now I am finally able to welcome the first female professor colleague in our department for Piano Performance..!

Lilya Zilberstein gave her inaugural recital the other night. Welcome to Vienna, Lilya!! 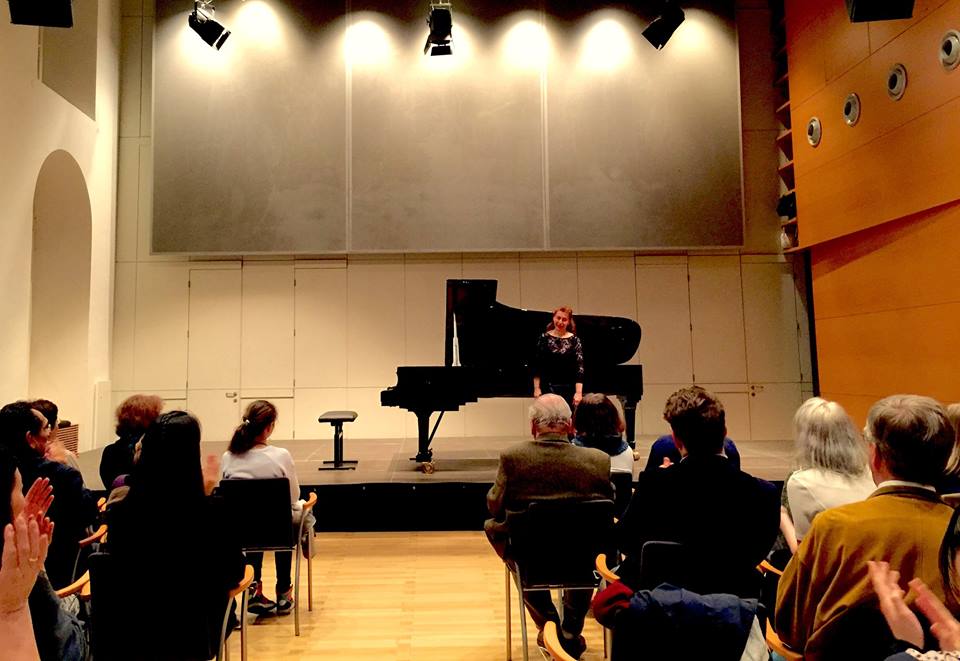 The Vienna State Opera has called in Alexandra LoBianco to sing Leonore in Fidelio next month, replacing  Anne Schwanewilms, who is sick.

It appears to be Alexandra’s European stage debut. 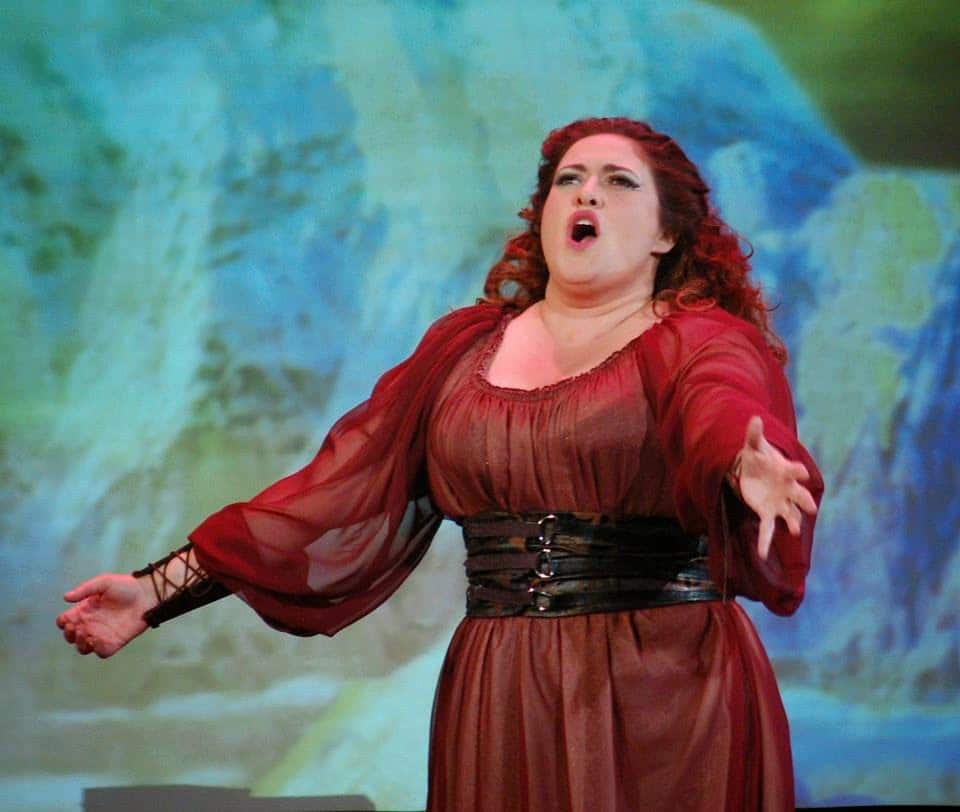 Operanostalgia has alerted us to the death of Deva Dassy, daughter of a French cabinet minister and mistress of another, who created three roles and was renowned in her day as a dramatic mezzo in Mignon, Werther, Madam Butterfly and La Belle Helene.

Her real name was Marie-Anne Lambert. She was much recorded.

Her lover Georges Mandel, a Resistance hero, was murdered in July 1944. 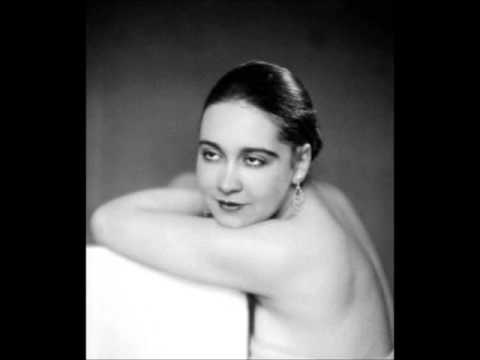 Tobias Picker has posted the following, which we reproduce with his permission. 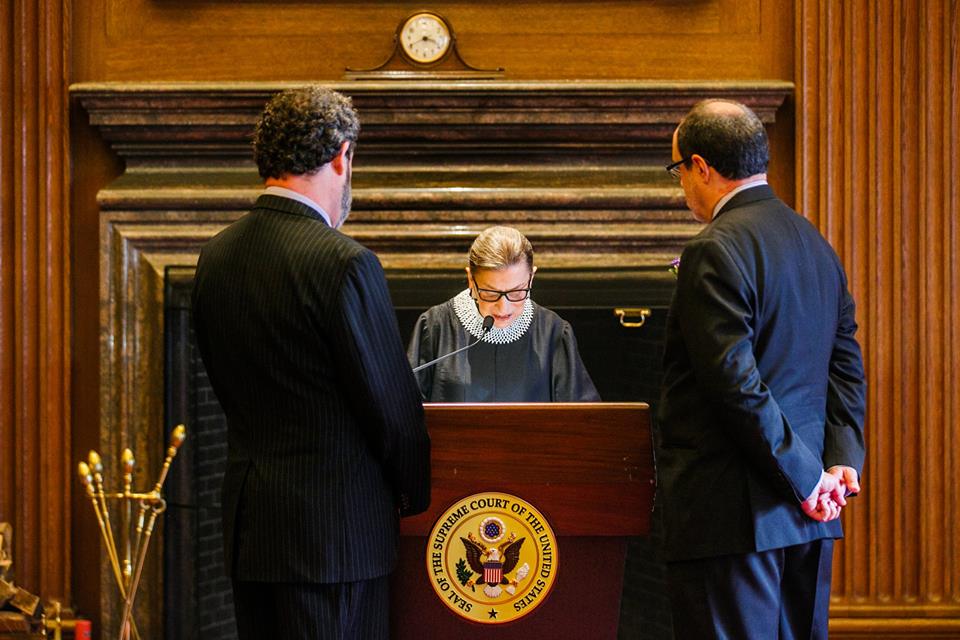 ‘After 36 years together, Aryeh Lev Stollman and I were married a few weeks ago at the Supreme Court of the United States by Justice Ruth Bader Ginsburg. We are endlessly honored and grateful to have been married by one of the greatest Americans in history.’ 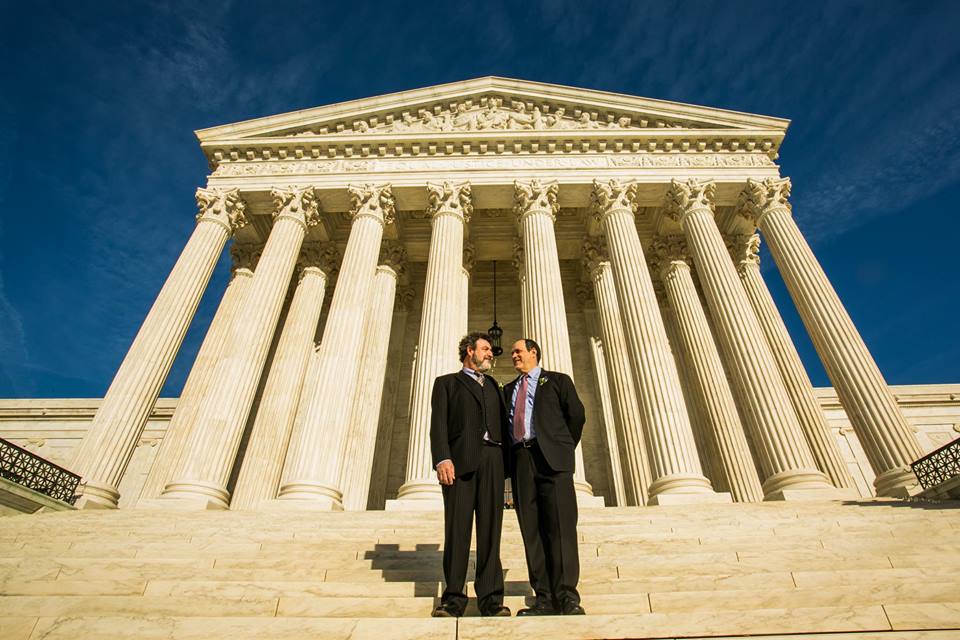 Johan Kobborg is back as director of ballet and George Călin as head of opera.

There has been no official confirmation yet. A statement is expected later today.

UPDATE: Călin’s restoration is temporary, until the end of the season. Soare is not going quietly. His supporters are demonstrating at the rear of the opera house and threatening to call a strike.

Kobborg says: ‘Thank you to all that supported in this difficult time. This quickly became so much more than just about me being there or not, and that is the reason why I didn’t leave straight away, as I and ‘we’ could not allow for this institution to go back to how it used to function, for the sake of the artists and for the sake of the future of Romanian culture life.

‘Rightness has prevailed, and not only that, much more then that! It is the beginning of reform, and ONB might soon be the benchmark for the better of other Romanian institutions as well.

‘I came to ONB because of good people, and would only ever leave ONB in the hands of other good people. So until that day comes, I am very much here and very much BACK! Damage has been done, but will rebuild and continue what we started with even more passion. Now I will leave the politics behind, and go back to what I live for. Art.’

The New England Conservatory is the new owner of the the 1714 Stradivarius violin, bought by Johannes Brahms’s friend Joseph Joachim in 1849, when he was just 18 and played as his principal instrument throughout his life.

The Strad was left to the NEC by the estate of the violinist and teacher Si-Hon Ma, who died in 2009, aged 84. Professor Ma, an NEC graduate and sometime player in Georg Szell’s Cleveland Orchestra, was professor of music at Kent State University in Ohio, from 1971 to 1994.

He bought the instrument from the Rembert Wurlitzer company in New York in 1967. It was previously owned by an American collector, Hugh Long.