What critics do (or ought to)

In a response to A O Scott’s new book in defence of criticism, Fiona Maddocks writes about her own practise in today’s Observer.

Here, in part, is what she has to say. It cuts close to the core of the matter. 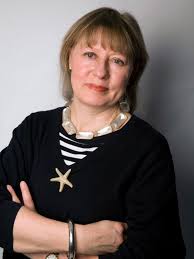 For many years, I resisted reviewing, feeling ill-equipped to pass judgment. Now I see it’s as much about conveying mood, intention, purpose, joy. Criticism is a form of passionate advocacy.

It’s also about being responsible. Failure to me can be very heaven to someone else. Ask why something didn’t work instead of dishing out blame. Show me someone who sets out to do badly.

The murderous review has its place. It’s a constant temptation, an easier option than a whole bagful of nuance, and great entertainment (except for those at whom it’s aimed). Whether you resort to it often or just once a season will probably reflect your temperament. When the Observer’s Philip French died last year, having written thousands of film reviews, it was his fairness that won unanimous praise.

Recently, I read an article headed “What critics want”. The title struck me as odd. It’s nothing to do with what I want. I have no checklist or expectation, except to engage, on full beam, and report accordingly.