from our correspondent Rudolf Tang:

Chinese conductor Xu Zhong has been named General Director of Shanghai Opera House. The news was announced today at a press conference. The appointment comes six months after he was appointed Principal Director of the Fondazione Arena di Verona in Italy.

General Director is a Chinese style position widely adopted among opera houses with the functions of an Intendant and a GMD combined. Mr Xu succeeds Mr Wei Song, the famed tenor who stepped down last October. His contract lasts for three years in addition to one year designate. According to the contract, Mr Xu is expected to work 8 months a year in the house.

The Shanghai Opera House is an important music establishment which are currently celebrating its diamond Jubilee this year with a new production of La traviata conducted by Zhang Guoyong and directed by Yi Liming. It has been involved in the new productions of La boheme of Salzburg Festival in 2012 and Verdi’s Attila in a co-production with
Palace of Arts Budapest in 2013.

Though called a House, the Shanghai Opera House is an opera company that performs regularly in its loosely affiliated venues in Shanghai like Lyceum Theatre, Shanghai Concert Hall and Shanghai Grand Theatre. Through years of lobbying, the coming Shanghai Grand Opera House, a 97,000-square-metres opera house with ultra-modern facilities standing on the East side of Huangpu River, will be unveiled by 2020 as the permanent base of the Shanghai Opera House. Local authority hopes that with the completion of the House, Shanghai by then will be on par with Beijing’s National Centre for the Performing Arts. 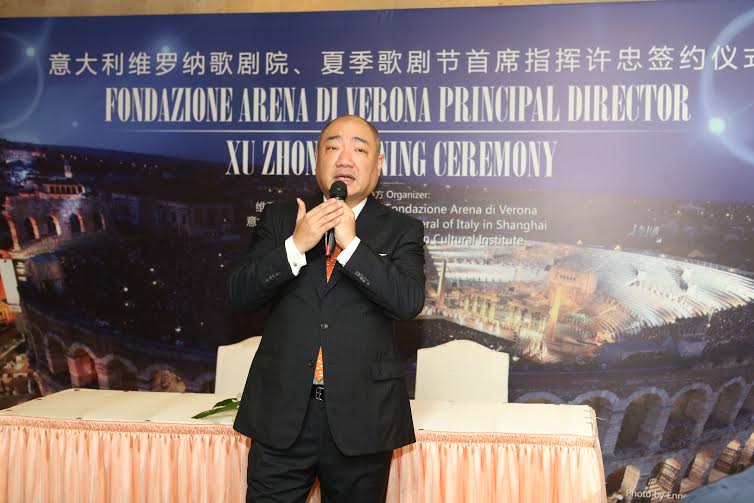