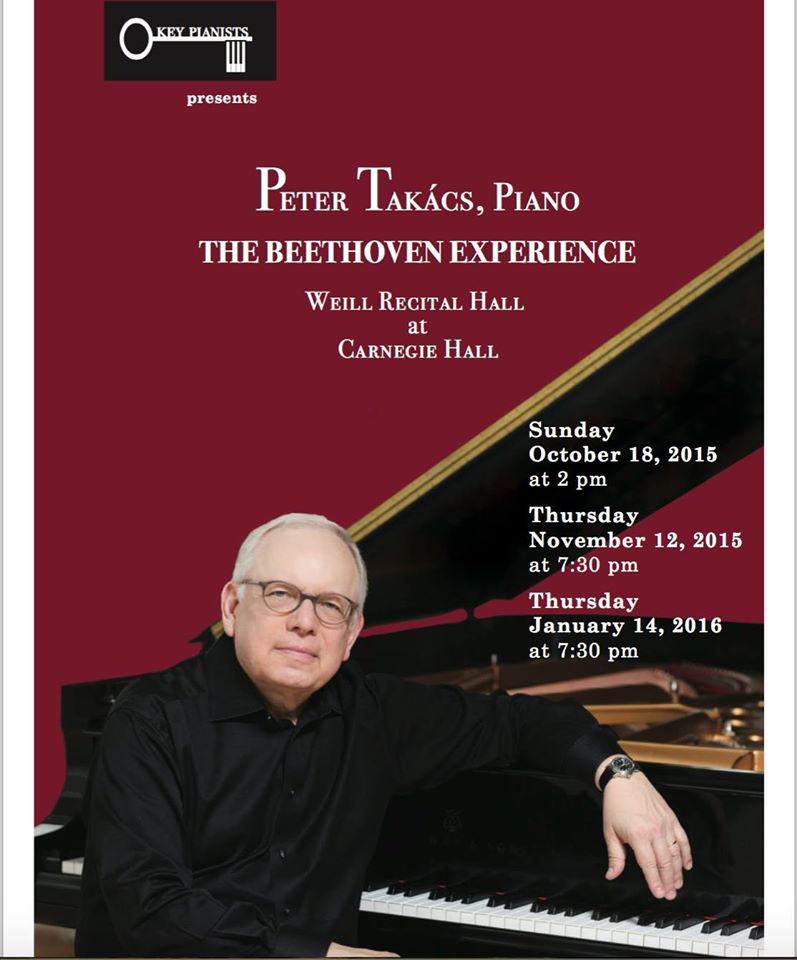 The pianist who played Carnegie Hall with a broken hand

The pianist Peter Takács, a professor at Oberlin, will undergo hand surgery in Cleveland today for an injury suffered while he was playing at Carnegie Hall. The audience was unaware. Here’s what Peter tells Slipped Disc:

I played a 3-concert series at Weill Hall entitled “The Beethoven Experience “.

After the second one, on November 13, the day of the Paris attacks, I tripped and fell on both my hands. It was clear that something was wrong with my right hand.

I proceeded to practice for my third concert, which took place on January 14, 2016, in spite of pain and inflammation on the radial side.

Later, a CT scan showed a fracture of the “hook of Hamate”. So, indeed, I played in Carnegie Hall with a broken bone in my right hand!

When athletes do this, we call them heroes.

« Another instrument outrage on Norwegian air

Cliburn winner’s wife is charged with murder of their daughters »