The low, low, lowdown on auditions (by a world-famous cellist)

Our friend and neighbour Steven Isserlis has been listening to auditions … and you can hear the mortal anguish half the way up Abbey Road. After a few paragraphs of personal confessions, Steven gets down to offering five essential tips to would-be candidates for audition.

On listening to auditions

Quite a few weeks ago now, the evening that I dread each year rolled around, as it inevitably does: I had to listen to recordings sent in by prospective students for my class at IMS Prussia Cove in Cornwall – the course I do every year (in fact, it is the only regular teaching I do). As usual, I had the invaluable company of my friend (for over 40 years – groan; how can that be? Time…) David Waterman, who teaches alongside me on the course, and whose ears I trust probably more than I trust my own.

Why do I hate this particular evening? Certainly not because the standard is too low – it is usually very high. I hate it because we have to judge in a way that I know is far from perfectly fair – although I also know that there is no better way; and we will have to turn down the vast majority of applications. David and I have to wade through recording after recording, desperately trying by the end of the evening to remember how the first ones sounded. Of course we cannot listen to whole tapes – that would take days; but we do try to listen to representative excerpts. But it’s hard! Some CDs are recorded in people’s kitchens (it would seem); some are commercial CDs. Some are accompanied by a jangly upright piano, others by a fine professional orchestra. Of course, there are tapes at both ends of the spectrum that make the decision an obvious ‘yes’ or ‘no’ within a few minutes. But there are so many more that leave us undecided. And we KNOW that we’re going to make a few decisions that will seem wrong if/when we hear the players in person.

Perhaps the following story illustrates the problem as well as any: Some years ago, I was putting the CDs into the player without David knowing whose CD it was. I played one. He beamed: ‘This is excellent’, he said. ‘Let’s take him or her.’ I chose another CD. ‘Let’s try this one,’ I said, putting it on. He listened. ‘Hmm…not as good as the last one,’ he said. ‘Try another track.’ I duly did as I was told; as the second track unfolded, David’s face changed. ‘This is you, isn’t it?’ And indeed it was – my recital from the night before! Ahem. And as I said, David has better ears for this sort of listening than I do… I think I would eventually have got into my own class – but I’m not 100% sure!

So why am I writing this? Partly because I feel horrible about the people whom we cannot accept. I know very well the pain of rejection, as every musician does; we all have to suffer it on a regular basis – even the very successful ones. (Actually, I was banned from IMS for several years when I was a student; though that wasn’t because of an audition tape – it was because I got into trouble because I stayed too long in a gambling arcade after a concert in St Ives with Nigel Kennedy, with the result that we missed the buses back to PC, and had to stay the night in the house of a supporter of the seminar. It didn’t go down well.) But I’m not trying to elicit sympathy for our plight – that would be a bit rich! No, I’m writing because I wanted to offer a few grains of advice to people making audition tapes. Here goes:

1) Make sure the quality of the recording is good – otherwise you’re starting at a disadvantage, even if the auditioner tries to make allowances.

2) Don’t fill the tape with out-of-the-way pieces that the auditioner is unlikely to know; that will seem as if you’re trying to hide something. One unusual piece is a good idea – but mixed with more famous pieces.

3) If it’s for a serious course (as opposed to a competition, for which the main criterion might be that you should be studying with someone on the jury!) don’t just record virtuoso pieces. As a potential teacher, I am looking for someone who will be open to musical ideas and rewarding to teach – not someone who will just want to show off.

4) Be careful about choosing to play solo Bach. I HAVE been very impressed by the occasional Bach tape – but more often, I have been merely frustrated by hearing the player’s (or the teacher’s) theories pounding through; it’s happened too often. I’m not saying that you should avoid Bach – just be careful, and record something else too.

5) Very important: make sure that the tape begins well – first impressions are hard to erase.

And that’s it – apologies if we rejected anyone reading this. Perhaps we made a mistake… 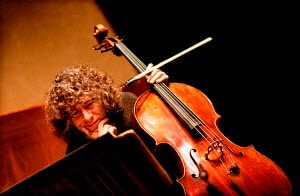