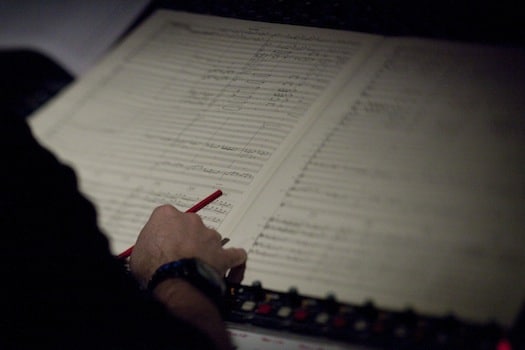 The composer’s wife died hours after his world premiere

A Prussian Requiem by John Powell received its premiere at the Royal Festival Hall on Sunday night, part of a First World War commemoration concert.

The British composer, who lives and works in Hollywood, notified the Philharmonia Orchestra that he was unable to attend. His wife, photographer Melinda Lerner, was seriously ill.

The performance of the oratorio, conducted by José Serebrier, was moving and impressive. You can hear extracts here.

Next morning, performers were told that Melinda had died not long after the final notes. She was 56.

Our sympathies to John, and to their son.

UPDATE: John has posted the following beautiful words on his public Facebook site:

If you were wondering why I wasn’t at the premiere in London on Sunday, I’m afraid it was because my wife, Melinda, who I’ve loved since the moment I saw her at a gig in the Bull and Gate, London on January 16th 1987, was dying in Los Angeles as I sat beside her. A few hours after the last notes of the music faded on the South Bank, so did she.

For the 29 years, 6 weeks and one day she was mine, she kept me honest…. she never was very impressed with anything I wrote or won, but she was willing to put up with me trying.

Laughed at my jokes when they amused her, let me make up total rubbish to try to trick her into believing stuff… that can really piss some people off… not Melinda….. and she was my muse.

Everything I wrote before I met Melinda was probably just a foreshadowing… my heart hoping to meet someone like her. Everything since is bursting with her; her eyes, her hair, her body, her soul…. By osmosis, I couldn’t help but be a better composer if I were near her.

And thus I stayed close, so we could complete our journey together.
Melinda Lerner 1959-2016

« Does your orchestra run no-hire auditions?