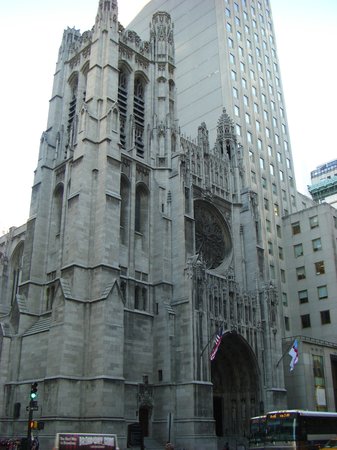 Message from the Rector at St Thomas’s:

I am excited to announce a special extra concert at Saint Thomas Church. At the time of John Scott’s death I was in touch with a number of his friends and former colleagues. I asked one of them if he would be willing to conduct a concert in John’s memory and I am delighted to tell you that he has agreed. Sir Simon Rattlewill conduct our choir and the Orchestra of St Luke’s in the final memorial concert of the season. The program includes Elgar’s Serenade for Strings and Vaughan William’s exquisite The Lark Ascending. Our new Director of Music, Dan Hyde, will have just arrived and so this will also be his inaugural concert at the Church and he will work with Simon Rattle and play the organ. By happy coincidence, Simon Rattle’s nephew is a chorister at Magdalen College. This special concert will honor the memory of John Scott and begin a new chapter in the life of music here at Saint Thomas Church. All money raised will go towards a scholarship to support a chorister in need.

The evening concert is on Sunday, September 18. It is a wonderful opportunity for us to welcome one of the world’s leading orchestral conductors to our church. When I talked to Sir Simon after the Matthew Passion performances with the Berliner Philharmoniker in New York a year ago, at which our boy choristers sang, he told me that they were the best choristers with whom he had ever worked; praise indeed! Sir Simon has requested that the last piece to be performed in the concert will be the Fauré Requiem.