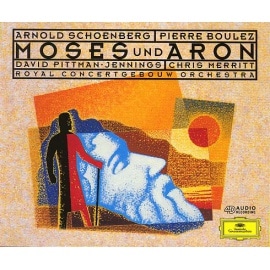 It has been confirmed to us by mutual friends that the former Netherlands Opera chorus director Winfried Maczewski and his wife Sophie arranged to end their lives together on Sunday. 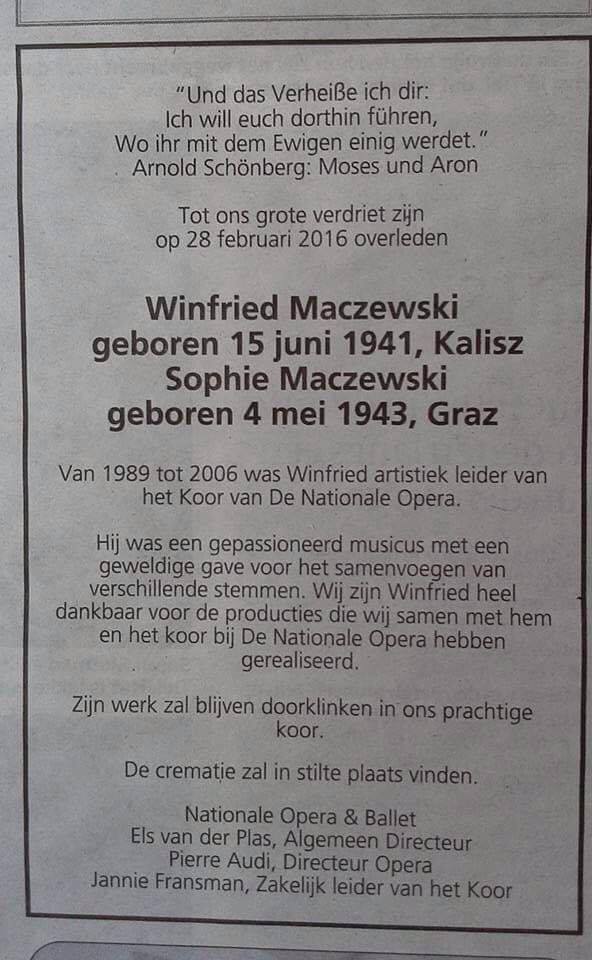 Winfried, who was 74, had a terminal illness, and Sophie, who suffered from a longterm condition, decided she did not want to go on without him.

Winfried told friends that his last two weeks were the most beautiful of his life. However, two days before the due date he suffered a collapse and was no longer deemed fit in legal terms to press the requisite button. Sophie went ahead with the procedure. Winfried died on the same day, a few hours later, on his way to a German hospice.

May they rest in perfect peace. 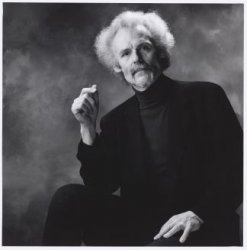 Pierre Audi, director of Netherlands Opera, writes:
Winfried was no ordinary chorus master. He was a man imbued with a deep artistic mission. He brought to our Company and espescially to our chorus the gift of artistic consciousness: WHY do we make music together? WHY do choristers also have a responsibility to make great theatre? His leadership provided profound inspiration, and a greater understanding for the need to reach for perfection whilst remaining a humble servant to the gift of artistic expression.

Working with Winfried shaped my artistic project for DNO in crucial years which saw historic productions such as Moses und Aron by Schoenberg with Pierre Boulez and Peter Stein, come to light. Without Winfried this milestone in the history of opera in the Netherlands would not have been possible.

His legacy survives him as a standard and an ethic this Company will always want to live up to.
Thank you Winfried from the bottom of my heart.