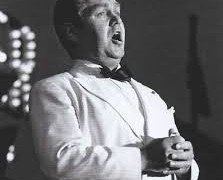 Our friend Elisabeth Braw has an extraordinary scoop on the Economist site. It appears that neither of Sweden’s opera colleges admitted a single tenor or bass applicant this year. Apparently, there are no men singers in Sweden worth teaching.

“Women have always been in the majority among our applicants, probably because Sweden has so many successful sopranos,” says Professor Anna Lindal, dean of the Stockholm University College of Opera, which along with the Gothenburg University College of Opera trains Sweden’s opera singers. “It’s rare that we get a bass, but this year was the first year that no tenor or bass passed the auditions.”

Ah, Jussi, where art thou now?

« Another chunk flies off IMG