Message from a concerned Latvian musician, who requests anonymity:

I am writing about the monopolisation of Latvian concerts… there is just one company running them.

Concerts with distinguished musicians are being cancelled for no apparent reason. A leading cellist is being summoned to court for telling the truth on the national radio.

The boss of Latvian Concerts, Guntars Kirsis earned 46,393 euros in 2014. An orchestra musician in Sinfonietta Riga makes 5,000 euros. Mr Ķirsis is very good friends with the Cultural Minister Dace Melbārde and with many of the ministers in the Latvian government.

Musicians are afraid to speak out …especially those in Sinfonietta Riga whose work depends on ‘Latvian Concerts organisation. 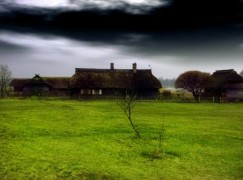 The matters raised by our correspondent are of global concern since Latvia is one of the most productive sources of high-grade musical talent.