The Bibliothèque nationale has announced the acquisition of a long-lost voice-and-piano manuscript of Hector Berlioz’s massive opera, Les Troyens.

The score had not been seen for more than a century.

It turned up when a private individual offered it to Sotheby’s and the auction house called Paris. The BNF has the world’s largest Berlioz collection. 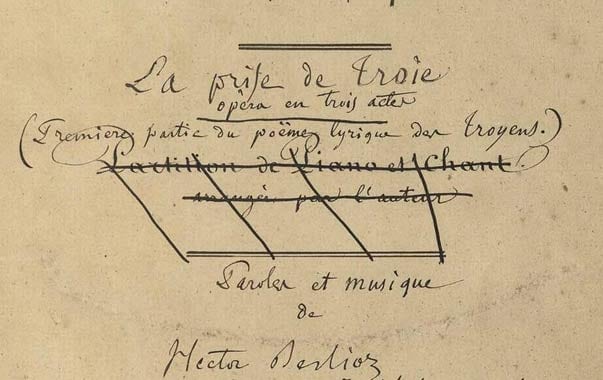