Harnoncourt’s place in the history of early music

Joel Cohen of the Boston Camerata wrote perceptively about Nikolaus Harnoncourt in 1985, at a time when he was little appreciated in the United States. We reprint his essay with permission: 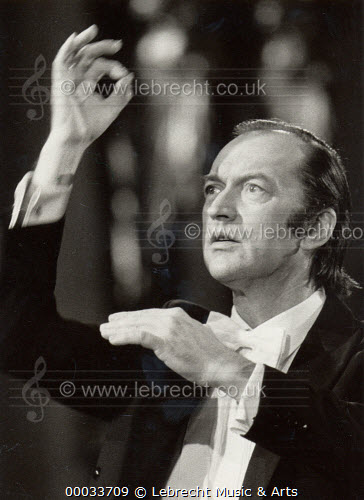 It took a while for the first tentative plantings of [early-instrument] renewal to bear fruit. Arnold Dolmetsch was playing Baroque violin in the [nineteen] twenties, but the audible results were probably less than completely satisfying in terms of finish and accuracy. In this country, the courageous Sol Babitz experimented with Baroque violin techniques back in the fifties; his ideas seemed outlandish to many at the time, but most of his positions have since been vindicated. Still, it was not until 1960 or thereabouts that the world was to hear a fully professional chamber orchestra that used period instruments and period techniques as a matter of course.

Nikolaus Harnoncourt (b. 1929) began his career as an orchestral cellist; his wife, Alice, trained with the best teachers of modern violin. And they brought to their ensemble, the Vienna-based Concentus Musicus, a strong and sure musical sense to supplement their wide-ranging intellectual curiosity. The Concentus is mainly known nowadays for its work in seventeenth- and eighteenth-century music — but in the early years, the group performed and recorded extensively the Medieval and Renaissance repertoire as well. From the very start, the public knew it had discovered something very special. Here was an ensemble that actively sought out the unusual and the untried.

Beyond that, here were musicians capable of playing the works they had turned up with a high degree of polish and panache. A page had been turned: early repertoire on authentic instruments did not have to be performed with inadequate technique.

The core group of Concentus played all kinds of historical stringed instruments: violas da gamba and vielles figured prominently in the ensemble’s early history. The Concentus’s initial success came in 1961, with a recording of Bach’s concertos played on period instruments; from then on Baroque music was the ensemble’s main preoccupation. The instrumental timbres of those Bach recordings from the sixties now seem, a generation later, surprisingly Romantic and “Viennese”; but at the time they appeared radically, violently different.

It was obvious from the beginning that these musicians had some strong ideas about how to proceed. The Baroque strings and winds had their characteristic sounds; equally controversial was Nikolaus Harnoncourt’s approach to rhythmic articulation. The skilled performer of Romantic music learns to make a smooth line and to avoid strong, systematic acccents. Harnoncourt pointed out that the older way of doing things made an important aural distinction among the beats in a measure. In a cycle of four beats, “one” was the most important, “three” was next in intensity, “two” was a weak beat, and “four” was the weakest of all. These are rules that children learn as beginning music students, and that they spend years trying to unlearn at conservatory. But for some parts at least of the Baroque repertoire, they were important precepts. In the seventeenth-century music of Jean-Baptiste Lully, for example, you are supposed to hear the beginning of each measure; careful descriptions from the period leave little doubt on that score. At Versailles all the “vingt-quatre violons” played with the same accented bowstroke as each new measure came around, and Lully himself beat time on the floor with a stick. The poor man eventually punctured his foot in an excess of directorial enthusiasm; he died of the ensuing infection. None of our “authentic” Baroque ensembles has yet tried to replicate this particular detail of French performance practice.

But several of them have done their best to recreate the rhythmic feeling (or feelings) of that period — and here was Concentus, heretically proposing its solution. Thump! went the downbeats, as regular and inevitable as the judge’s gavel in small claims court. Perhaps Harnoncourt, in his commendable desire to unglue one beat from the next, went a little too far. Some of the Concentus performances seemed too dogmatic, too systematized, to make entire musical sense.

Some, but not all. For Harnoncourt, his wife, and his associates are extraordinary and sensitive players. On a good day, they make the music leap and spin. Bass lines are superbly clean and full of life (cellist Harnoncourt is an excellent continuist); inner voices are finely delineated; and the melodic parts are chiseled and shaped in a way that blends careful historical research with a healthy measure of Central European cantabile.

By showing what first-rate orchestral players could do on early instruments, Concentus helped destroy the myth that one performed older music because of some underlying personal handicap or weakness. (The core group of Concentus had been recruited from musicians of the Vienna Symphony Orchestra; for years, you could glimpse Harnoncourt in that cello section during the traditional New Year’s Day telecast of Strauss waltzes.) The playing of violinist Alice Harnoncourt, oboist Jiirg Schaeftlein, and flautist Leopold Stasny is exemplary in polish and fluency. When bassoonist Milan Turkovic unleashes the solo part of a Vivaldi concerto, the concert space overflows with bass-clef burbles, like the water-filled cellar in the famous Disney cartoon of The Sorcerer’s Apprentice. To be sure, critics complained at the beginning that Concentus couldn’t play the instruments. The critics were talking through their hats; this is a very high-powered group.

Harnoncourt and Concentus began an extensive recording program of major works from the seventeenth and eighteenth centuries: Monteverdi operas, Bach’s major instrumental and choral works (including a still-incomplete series of all the cantatas). Much of this large-scale repertoire centered around the human voice, and here Harnoncourt’s instincts were less sure than when he was dealing with instruments. Some of the soloists he engaged for his operatic productions were too attached to their plummy wobbles to blend well with the orchestral sonorities. Nonetheless, some of the finest moments in Concentus’s discography involve the collaboration of singers and players. The wonderful taste and control of Max von Egmond, the magnificent text declamation of Kurt Equiluz, add immeasurably to Concentus’s performances of Bach passions and Bach cantatas.

Isolation from peers is a problem in the early music world. Some specialist performers even take pride in the distance they put between themselves and every other kind of musical activity. Harnoncourt has gone far in the other direction. His desire to touch many people is evident in the “standard” repertoire he frequently directs. That same urge has perhaps inspired his ambitious, large-scale modern productions of Baroque opera. Stage director Jean-Pierre Ponelle is no historian of theater, and the Monteverdi operas he undertook with Harnoncourt at Zurich in the seventies contained many frankly contemporary elements. The film they made of Monteverdi’s Orfeo has both weaknesses and strengths: the cliché-ridden crowd movements and the sometimes unstylish singing are offset by an unforgettable, chilling decor for the underworld scenes, and the vital, incisive playing from the orchestra pit (which contained both Concentus regulars and members of the Zurich opera orchestra).

Missionary-like, Harnoncourt has tried to bring his insights into early music performance to the modern orchestral milieu. Some of the musicians in the Zurich productions of Monteverdi were modern-instrument players retrained for the occasion. And recently, Harnoncourt has been guest-conducting some large modern orchestras (such as the Amsterdam Concertgebouw) in performances of Mozart. Unlike Frans Brüggen, whose Orchestra of the Eighteenth Century is made up of early music specialists, Harnoncourt has decided to expend considerable time and effort with “modern” players. And he has in fact managed to obtain some extraordinary results. The Mozart performances of Harnoncourt’s “modern orchestra” period have been among the most convincing of his entire career. The perfumed aesthete we often seem to perceive in conventional Mozart playing has been replaced by someone else! Harnoncourt’s Mozart is dynamic, vigorous, a man full of tempestuous energy, a creature of the theater from first to last. We have caught a glimpse of Mozart the Romantic, thanks, ironically, to someone who came from much earlier music. It took the unhackneyed perspective of an early music “outsider” to make us hear the strength and modernity of music sometimes perceived to be frilly, decorative, and ancien régime.

The sheer vastness of Harnoncourt’s life project, the size of Concentus’s discography, the continuing evolution of these musicians — all these things make it hard to summarize their contribution in a few lines of text. One can, of course, quibble with some of their decisions and stylistic options. One can always oppose another sensibility, another way of doing things, to theirs — even within the framework of the historicist, early instrument approach. What lies by now beyond challenge is the permanent change these people have brought about in our musical life. The early music world has always had to defend itself against accusations of amateurism. Frequently, there was some truth in the charges: many performers at the movement’s inception had nimbler intellects than they did fingers.

Concentus set new standards for professional performance on old instruments. They stood, and stand, as a living rebuke to those who proclaimed it impossible to play early instruments really well. They gave us living actualizations of many masterpieces — works whose true content had been partially obscured by misunderstanding and lazy habit.

And they gave a still younger generation a model to emulate, a standard to surpass if possible. Harnoncourt was and is a risk-taker. When some current specialist magazines accuse him of “overinter-pretation,” they are throwing pebbles at a giant. In this decade, one current of early music fashion encourages presenting a seamless, nearly decisionless surface of sound to the listening public. Harnoncourt’s way has been the more daring and, I think, the more profoundly “authentic.” His performances have a center, a strong point of view. We will be arguing for years over their specifics, but not about their underlying spirit.

« Harnoncourt and Lang Lang: A match made

Gidon Kremer: Nikolaus Harnoncourt was the most generous music partner »