George Martin: ‘ I hear John’s voice talking to me, and me talking back’

In 1987, when the Beatles belatedly came out on compact disc, Allan Kozinn conducted a detailed interview with their producer George Martin on how the early tracks were put together.

ALLAN KOZINN: I’ve heard that part of “Rubber Soul” was not thoroughly mixed because EMI demanded the tapes to be out in time by Christmas release and that you didn’t have time to finish them. Some tracks are mixed beautifully, and others are actually like “Please Please Me” mixes, with the instruments on one side and the vocals on the other.

GEORGE MARTIN: That’s right, well this is the thing I’m telling you about, when I listened to them again, I thought, “did I really do that?”

ALLAN KOZINN: What I’ve heard, in terms of “Rubber Soul,” was that EMI had demanded it so quickly that you hadn’t had time to finish mixing.

GEORGE MARTIN: No, that’s not true. Putting a voice on the right hand side doesn’t make a record more quick to produce. In fact, there is a reason for it which becomes apparent after a while. One of the things we were struggingling with in the days of “Rubber Soul” was the eventual issue of stereo records and how it was going to vary between mono and stereo. When we started in 62 and 63, mono was the only thing. Gradually, stereo came in, very few people had it, rather like CD in England today; and the first albums, if you sold five percent of your total in stereo form, you were lucky. Gradually that balance changed. There came a point where, instead of doing separate mono and stereo mixes, which I always did, we were looking to produce a stereo only mix.

ALLAN KOZINN: And that didn’t happen until “Yellow Submarine,” which is the same in both formats.

GEORGE MARTIN: Well, I was working towards it.

ALLAN KOZINN: Still, even as late as the “White Album,” you’ve got a different violin solo in “Don’t Pass Me By,” the airplanes coming in at different times in “Back in the USSR.” They were clearly still entirely separate mixes.

GEORGE MARTIN: Yes, we were still doing different things then, but I was still working towards the compatibility, and in fact my attempts on “Rubber Soul” were to find a decent mono result from a stereo record. As you know, if you put something in the center, it comes up four dB louder in mono than it does in stereo. But if you tend to balance your things between one side and the other….And also, I was aware in those days that the majority of record players in the home were built into kind of sideboards, where the speakers were about three feet apart, and the stereo picture was a very near mono one anyway. So I exaggerated the stereo to get a clearer effect. These were experiments. It wasn’t a question of rushing, I really was trying all sorts of things. 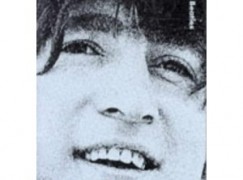