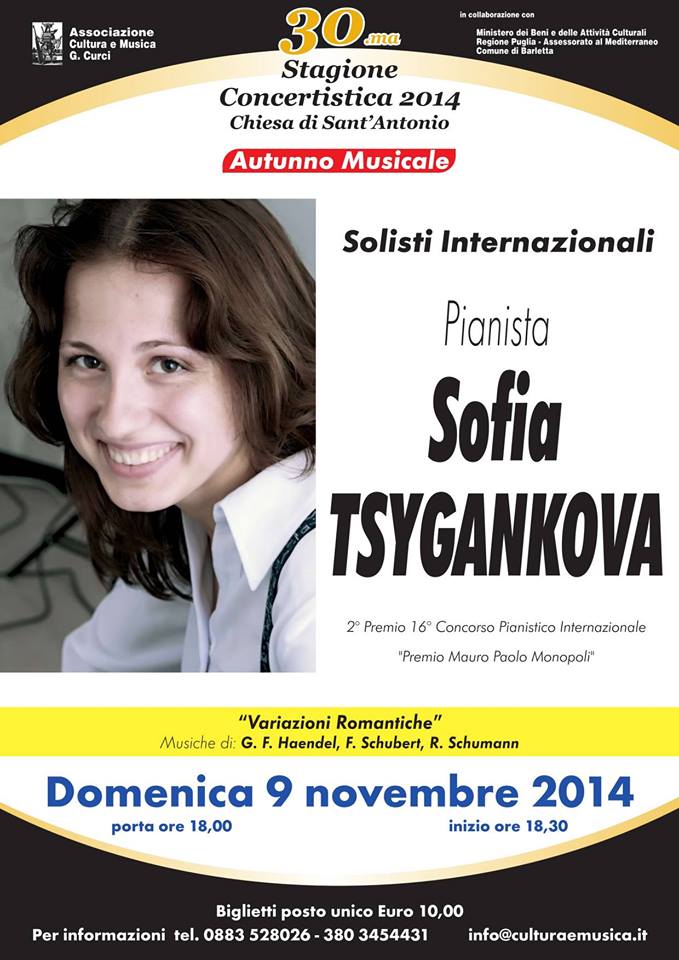 Cliburn winner’s wife is charged with murder of their daughters

Police in Benbrook, Texas, last night brought charges of capital murder against Sofya Tsygankova, a Russian pianist, in connection with the deaths of her two children, Nika and Michela.

The children, aged five and one, were found dead by their father, Vadym Kholodenko, winner of the 2013 Cliburn Competition gold medal, when he came to visit last Thursday. The cause of death has not been disclosed, but there was no physical injury. Sofya was in the house, covered in stab wounds.

She is presently in hospital in Forth Worth. ‘We have probable cause, reason to believe, that she committed the homicides,’ said Benbrook police commander David Babcock.

The couple were going through a contested divorce.

« The pianist who played Carnegie Hall with a broken hand