I am floored by the news that Keith Emerson of Emerson Lake and Palmer shot himself on Thursday. 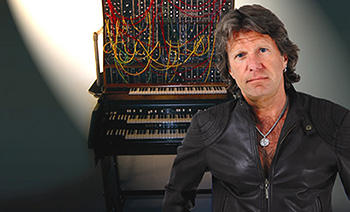 To the degree that any rock group could have influenced me in the long term, ELP was the one that did the most. It was always an ambition of mine to meet any of the three of them in my adult life and in my position as a classical musician, and tell them how much they had inspired me when I was a teenager and beyond.

I was introduced to their music as a first year music student at the University of Leeds in 1971, when at a late night party in a friend’s study at our hall of residence he was playing one unwelcome  rock LP after another, and then suddenly ELP’s first album came on and made a very big impact on me – and impact that has lasted until the present day. I immediately wanted to emulate Keith Emerson – as if I stood a chance….

It was partly the obvious fact that the trio were genuinely classically aware, and openly demonstrated their respect for classical music. It was also that they formed a genuine fusion between rock and jazz. But, most of all, given my age at that time, it was their virtuosity and their uninhibited aggression that attracted me.

All three had a command of several instruments, and an inventiveness of which I was unaware in any other rock group. Given that my primary musical discipline was the piano, I particularly admired Keith Emerson’s finger brilliance very much, and found his use of the piano, electric piano, electric organ, other electrical keyboards, and perhaps most of all, the recently developed Moog synthesiser, quite fantastic.

On ELP’s first album, a number called ‘The Barbarian’ was effectively an arrangement of Bartok’s Allegro Barbaro, and the main theme from the opening movement of Janacek’s Sinfonietta formed the basis of ‘Knife Edge’.

Very soon after my first encounter with their music, they produced a live recording of their highly suspicious version of Mussorgsky’s Pictures at an Exhibition, which although somewhat crass and pretentious, was also great fun, and I enjoyed hearing it many times.

However, it was ‘Tank’ that really struck me most – the very first track I ever heard by ELP – in that it highlighted the keyboard brilliance, the importance of the bass guitar leading rather than following, a long drum solo and the prominence of the Moog, all in one number.

I spent the next months revelling in all their releases to date, going to several of their concerts. They were exciting to the point of delirium, and for me represent that era – and that stage of my own development – to an extraordinary degree. There was also a show of violence at the end of each performance as Keith Emerson made as if to have a fight to the death with his electronic organ, which he stabbed several times and produced fake blood. This phallic symbolism was the naff side of ELP’s style, but of course it created a talking point and added to the ethos of aggression that we all loved. I certainly loved the megalomania, and the spectacle, but underneath all of that there was big musical talent that really struck home.

Keith Emerson’s stage presence, inventiveness and originality, genuineness and – I suspect, hidden underneath that youthful aggression – his gentleness, had more impact on my long term professional life than I can say, and I regret very much not having made the opportunity to tell him so.

I think one can sense the underlying modesty of the man from the way he is obviously genuinely touched – and possibly awestruck – from these two clips from recent performances, one of which is a complete performance of Emerson’s Piano Concerto by Jeffrey Biegel. Whatever opinion of the music one may have, there is no doubt that he was a very fine person.

I am very saddened, as we were close friends, he was , in my eyes, like an older brother. Most of the commentary I read from his fans is how Keith and his work with various groups, The Nice, ELP, etc, turned them on to classical music. My friendship with Keith began in his later years, starting around 2000. The last chapters of Keith’s life were quite special. Many of his fans may not be aware of the following testament: I came to know Keith around 2000, thanks to Daniel Dorff at Theodore Presser (music publishers). I learned much of his Piano Concerto #1 ‘by ear’, and was sent the score. I immediately learned it, and scheduled a performance with the NJ Bergen Philharmonic in 2002. I sent a fax message to Keith, and he warmly replied. We then started an email exchange, which finally led to phone conversations. We first met in February 2008 when I performed with the San Diego Symphony Orchestra, and Keith attended along with Mari and brought his beloved bird, cage and all, to the Sheraton Hotel! In April 2008, he attended my performance of his Piano Concerto #1 (written in 1977) with the Champaign-Urbana Symphony Orchestra, Steven Larsen conducting. We became close friends, and met again in Oregon when I performed his concerto with the Rogue Valley Symphony, conducted by Martin Majkut. It was there that David Woodford and Jason Woodford filmed us for a documentary of Keith’s life. Maestro Jeff Reed then invited us to the Orchestra Kentucky of Bowling Green for a joint performance where I performed Keith’s concerto, Keith performed works with the orchestra, conducted one of his orchestral pieces, and received a Lifetime Achievement Award in the Arts and Humanities. This was around 2013. In 2014, we celebrated his 70th birthday in a concert with the South Shore Symphony Orchestra conducted by Scott Jackson Wiley, with hundreds of fans waiting until after 1am to meet their idol. I was determined to help make Keith’s name iconic to the next generation. The icing on the cake came in 2015. Keith gave his blessing to me to record his Piano Concerto #1–making it the second recording of the concerto only after his own in 1977 with the London Philharmonic. Joined with the Brown University Orchestra and their Maestro Paul Schuyler Phillips, Naxos and Naxos of America released the recording bearing the title of Neil Sedaka’s ‘Manhattan Intermezzo’ along with Gershwin’s Rhapsody in Blue and Duke Ellington’s ‘New World A-Comin’. The cd was released January 8, 2016, and Keith gave interviews with Joe McKesson’s Dash Classical, Sirius XM (yet to be aired) and others. Everything seemed to be on the upswing. Keith also performed in concert for a festival in Palermo in September 2015 with Scott Jackson Wiley conducting, and Primavera Shima performed his piano concerto. He had also performed at MoogFest and made an appearance at The NAMM Show, and performed in Europe and was scheduled to travel to Japan next month. I was just on the verge of sharing with him that it seemed likely that he might have been the recipient of an Honorary Doctor of Music from a prestigious college in the US sometime in 2017. Unfortunately, only Keith had control of his destiny ultimately. It is my hope that all of his fans and friends will remember him by continuing to promote his music and perform his music when it is possible. I will continue to perform his piano concerto when the opportunities present themselves, and hope the next generation of young pianists will take interest to perform it as well. I will miss him, and it is only now becoming reality after yesterday’s shocking news. 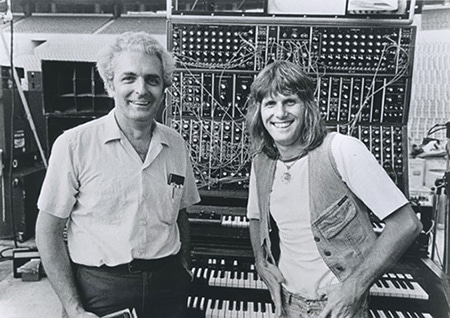