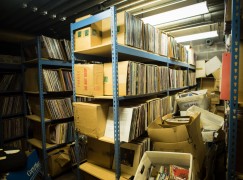 Can you still borrow classical records from a public library?

The BBC has published an important report this morning, showing that 343 public libraries have closed in the past six years, three times higher than Government estimates. Another 111 will close this year.

Many of those that remain are staffed by volunteers.

A Government minister, Ed Vaizey, has tweeted in response: ‘Pleased that over 99% of public libraries in England will have free wifi following £2.7m of DCM investment.’

Which is neither here nor there.

Many of us derived our basic literary knowledge by borrowing books from public libraries and our musical appreciation by borrowing classical records and scores.

Simon Rattle has spoken often about the importance of public libraries to his personal development.

So: Do UK libraries still curate and loan out classical recordings?

« When English songs are performed in German

The one Bayreuth rejected will work for Barenboim in Berlin »