The name of a fine conductor, founder of the BBC Symphony Orchestra, will disappear from the landscape when the Birmingham Conservatory building gets knocked down this summer.

Shame. You’d have thought the BBC might name something after him. 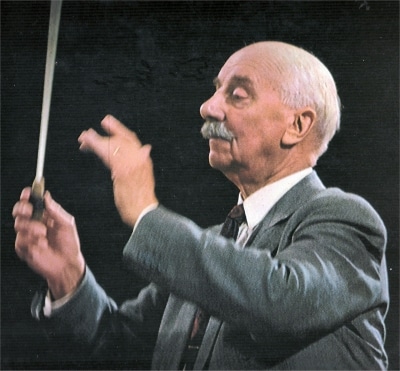 After 30 years of offering live classical, jazz and experimental music performances, Birmingham Conservatoire’s Adrian Boult Hall will hear its last note on Sunday 26 June – but not before it is celebrated in style as part of a two-month long music festival.

Birmingham Conservatoire, part of Birmingham City University, has today (Friday 1 April) announced ‘City of Sounds – Saying Goodbye to Birmingham Conservatoire’s Adrian Boult Hall’, in conjunction with Greater Birmingham Chambers of Commerce. The festival will mark the Hall’s closure, but also look ahead to its new £56 million home in the Eastside region of the City, currently under construction and due to open in 2017.

Giuliano Sommerhalder has won the audition for principal trumpet of the Rotterdam Philharmonic Orchestra.

When the news came through last night, he was preparing to play a freelance concert with the Concertgebouw in Amsterdam.

Giuliano, a Swiss who teaches at the Milan Conservatorio, speaks fluent Dutch. (And English.) He writes:

‘Some days in life are just crazier that others… Just won the Principal Trumpet position with the Rotterdam Philharmonic Orchestra on the same day I had a general rehearsal with the Concertgebouw Orchestra in the morning and the concert at night.

‘Thanks so much dear Rotterdam Phil, looking forward to a new chapter in this fantastic life and to playing with great musicians and Maestro Yannick Nezet-Seguin.’ 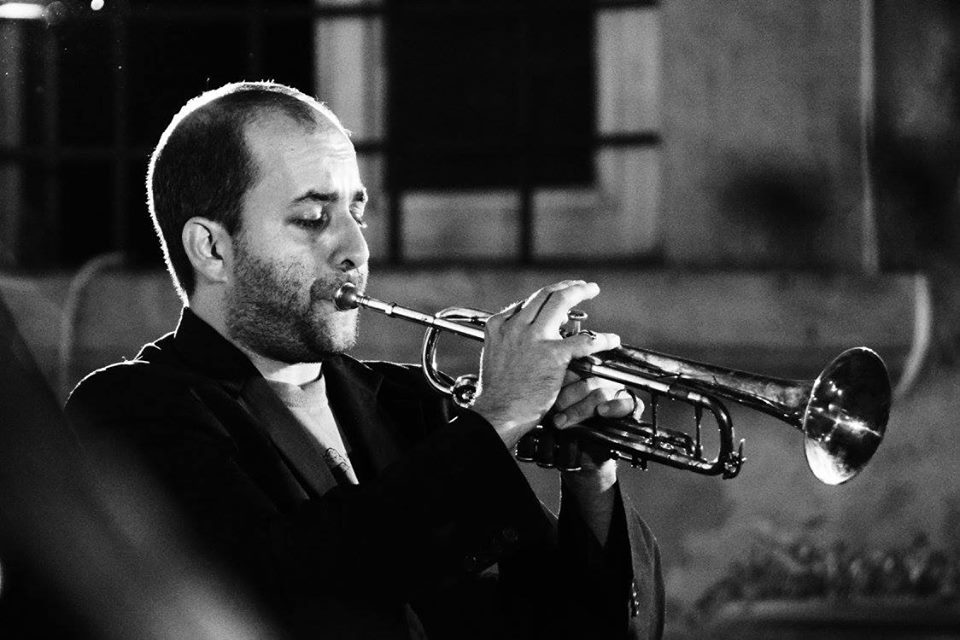 He played in Claudio Abbado’s Orchestra Mozart in Bologna in 2004, was chosen by Lorin Maazel as solo trumpeter for his Orquestra de la Comunitat Valenciana, and has been solo trumpeter in the Leipzig Gewandhaus Orchestra under Riccardo Chailly from 2006 until 2011, the year in which he was moved to the same position at the Royal Concertgebouw Orchestra Amsterdam under Mariss Jansons, where he remained until 2013.

Our pals at Musical Toronto have been digging into the background of Jeff Melanson’s abrupt departure yesterday as president and CEO of the Toronto Symphony. A spot of cherchez-la-femme.

The filing (by Melanson’s estranged wife) also included details on an impropriety at the TSO involving a woman whom Melanson is currently dating. Melanson hired her as TSO’s Manager of Social Media in July 2015.

The Board learned she had been brought to the TSO by Melanson directly and deemed her employment “totally inappropriate”. She was terminated in November 2015.

With names. And picture. Go straight to Musical Toronto. Do not pass Go. 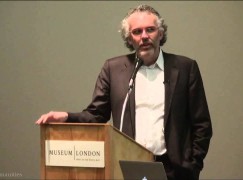 Eva Kleinitz, joint director of Stuttgart opera, has just been named chief of the Opéra du Rhin at Strasbourg.

Kleinitz, 44, is president of the European association of opera directors, Opera Europa.

‘No Singer has bound his work so closely wit the name of Johann Sebastian Bach as Peter Kooij,’ says the citation.

Kooij, 61, has worked closely with Philippe Herrweghe and Masaaki Suzuki.

We reported two days ago that the new season has been slashed because the Governement has cuts its grant.

Now we hear from moles inside the house that the company which provides security has not been paid for seven months and the cleaning contractor for six. If either of them stops sending staff, the house shuts.

The chorus are, apparently, just a month behind on their wages.

And the Government could fall at any minute.

Remember the BRIC boom, anyone?

Shocked at the death of the architect Zaha Hadid, I cannot help thinking: what a waste.

The Iraq-born British visionary, who died today of a heart attack in Miami, aged 65, won a competition to build an opera house in Cardiff in the 1990s. The Welsh got worried and cancelled the commission.

She could have been a candidate to design London’s next concert hall.

All we have are hints and glimpses.

This, below, was Zaha’s temporary installation at Manchester Art Gallery for festival Bach performances in 2009. 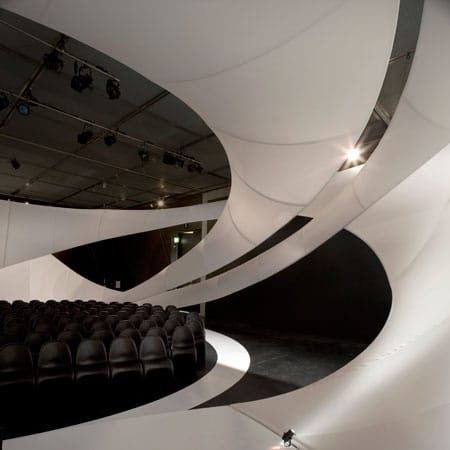 And this is a corner of her Guanghzhou Opera House in 2011. 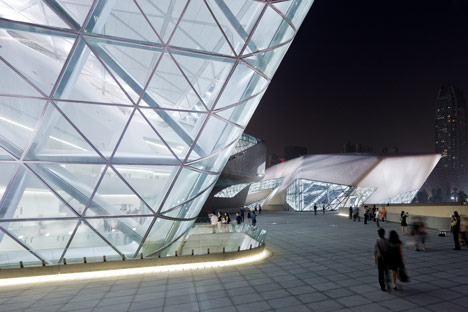 Genius. No other word for her. An irreplaceable loss to the arts.

The French label, recently bought out by Belgians, is fortifying its West Coast operation.

Matthew Owen has been named as General Manager of the Harmonia Mundi team in Los Angeles with the West Coast office becoming a hub for the company’s Classical and Jazz repertoire.

And more in the small print:

Matthew Owen has been named as General Manager of the Harmonia Mundi team in Los Angeles with the West Coast office becoming a hub for the company’s Classical and Jazz repertoire. Alongside the Harmonia Mundi classical label – one of the most respected brands in classical music – and in-house labels Jazz and World Village, the LA based team will look after a selective roster of partner labels including premier independent classical labels such as Alia Vox, Channel Classics, Hyperion and Onyx Classics.

They will also continue to develop a growing jazz label roster and continue collaborations with award winning composer Howard Shore’s Howe Records and Ponderosa, the home of Italian pianist and composer Ludovico Einaudi.

The film composer has been talking to the BBC’s Hard Talk programme.

“I did Batman Begins with Chris [Nolan] 12 years ago, so The Dark Knight Trilogy might be three movies to you, to me it was 11 years of my life,” he said, explaining that he then worked on Man of Steel and Batman v Superman: Dawn of Justice. “This one was very hard for me to do, to try to find new language.”

This happened last night in Paris, at the Cité de la Musique. An audience member tells us:

Barely had they begun the second verse of Gute Nacht when Goerne was disturbed by a person in the first row of seats, right in front of him, taking photos without discretion, not even silencing the device or disabling the red light.

In the sweetest of tones, Goerne addressed the photographer in English:

‘Excuse me, excuse me. There was announcement that you cannot make any kind of photos. You have to leave now.’

There was a short pause, then he said: ‘Get out.’

All but the last two words were spoken quietly, with a most courteous tone, and even those final two were softly uttered, though the tone had hardened noticeably.

The photographer left the hall to loud applause – for the singer. 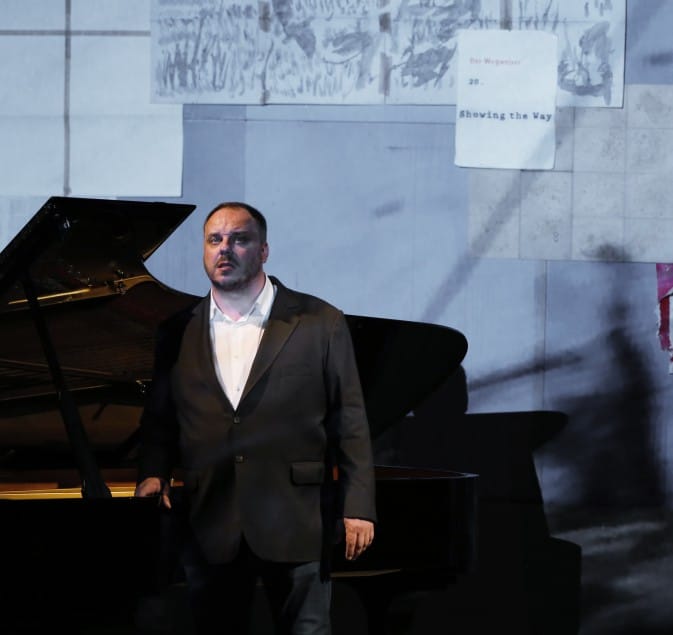 The Grange Festival launches this summer at Grange Park, having evicted Wasfi Kani’s Grange Park Opera, which had been running there since 1997. It clearly needed a jewel in its crown, or a currant on its bun, to deflect attention from Wasfi’s rival new venture in Surrey, trailed in this morning’s FT.

The Grange Festival’s Artistic Director, Michael Chance, today announced details of the first operas to be presented by the newly-formed company. Opening in June 2017, The Grange Festival is dedicated to building on the great tradition of opera productions in the award-winning theatre of The Grange, Hampshire. Audiences will be able to enjoy a wider range of work there than ever before, with each new production bringing together carefully selected world-class artistic teams to create experiences of the highest quality. In its first season, The Grange Festival presents three operas that have never been staged at The Grange before: Monteverdi’s Il ritorno d’Ulisse in patria, Bizet’s Carmen and Britten’s Albert Herring.

The Grange Festival is unique among UK opera companies in having an opera singer as its artistic director. For the 2017 season’s first new production, Chance himself will take on the musical direction of the first staging at The Grange of Monteverdi’s Il ritorno d’Ulisse in patria, in the 450th anniversary of the composer’s birth and perfectly matched to the famous Greek revivalist architecture of The Grange. Chance has invited eminent British theatre director Tim Supple, to create a visually-arresting production, without conductor, which fully utilises the intimacy of The Grange theatre, and that captures the radical freshness which audiences at the premiere of this revolutionary work may have experienced nearly four hundred years ago.

Bizet’s Carmen is one of the world’s most popular operas and for its first performances at The Grange will reunite director Annabel Arden and designer Joanna Parker, widely praised for their extraordinary work together on such productions as Opera North’s Andrea Chénier and Royal Opera House’s Café Kafka, and currently working together on Glyndebourne’s forthcoming Il barbiere di Siviglia. It will be conducted by the French conductor Jean-Luc Tingaud. Considered one of the foremost champions of French opera, Tingaud was Associate Conductor of Opéra Comique, Paris, and is known to UK and Irish audiences from his regular appearances at Wexford Festival, English National Opera and with many of our finest orchestras.

Exactly 70 years on from its first performances at Glyndebourne, Britten’s Albert Herring (described by Sviatoslav Richter, no less, as “the greatest comic opera of the century”) is another pillar of the inaugural season. Chance is bringing together the perfect Britten team of conductor Steuart Bedford, chosen by Britten to replace him when he became too ill to conduct the world premiere of Death in Venice, and director John Copley, who also knew Britten, and whose distinguished career has made him one of the most beloved figures in the opera world.

In a coup for the company’s inaugural season, Chance has secured a rare UK appearance for firebrand conductor Teodor Currentzis and his exciting orchestra Musica Aeterna, resident in Perm. Their ongoing recording cycle of the Mozart/Da Ponte operas has been widely praised for its radical rethinking of these great and much loved works. The Grange Festival audiences will be able to experience this dynamic partnership in two concert performances of Mozart’s Cosi fan tutte, which hint at The Grange Festival’s long-term ambition to create a wider range of theatrical experiences than ever before in this inimitable setting.

Today should have been the deadline for applications, but the DCMS awoke to realise that there are only two halfway credible candidates and both are drawn from the same narrow genetic spectrum. And both vote to the right.

The deadline (we hear) has been hastily extended to next week and phones are being frantically hit to find a presentable woman candidate of possible non-British ancestry who might make the shortlist look even remotely unrigged.

The outgoing chairman, Peter Bazalgette, was shoehorned into the job by his hunt crony, Heremy Junta.

The selection panel this time round is chaired by Sandy Nairne, retired director of the National Portrait Gallery.

Trouble is, no-one wants the job. The pay is 40k and the strings are pulled by Whitehall. The organisation is flabby, incapable of booking a chorus at the Coliseum (see protesters, below).

Sensible women just laugh when they are asked to apply for the chairmanship. 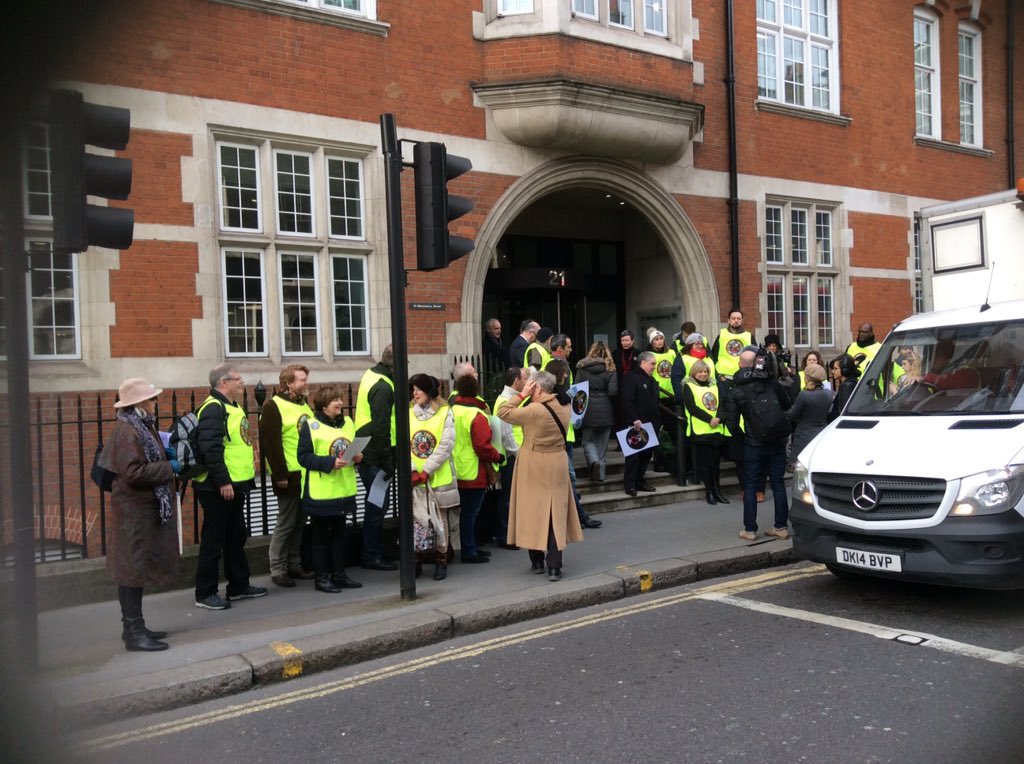