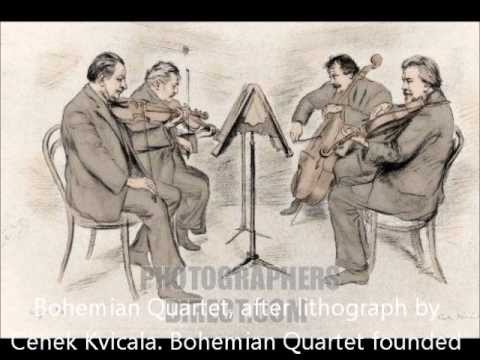 Why are the best string quartets mostly Czech?

From this week’s Lebrecht Album of the Week on scena.org and MusicalToronto:

It must be something in the plum juice that produces, generation after generation, a cluster of distinctive string quartets from the country now constituted as the Czech Republic. There is nothing like a Czech string quartet. It’s a generic school of ensemble playing that aligns all the right accents to a witty, virile expressiveness and an almost effortless panache.

Count the present contenders on the world stage: the Panocha, the Pavel Haas, the Pražák, the Stamic, the Vlach, the Wihan, and the daddy of them all, the Talich. There are presently seven or eight Czech quartets of the highest quality out there. No other nation of ten million can match that.

« Two violinists mess around with dancers

Weirdness of the week: Every Satie record played at once »