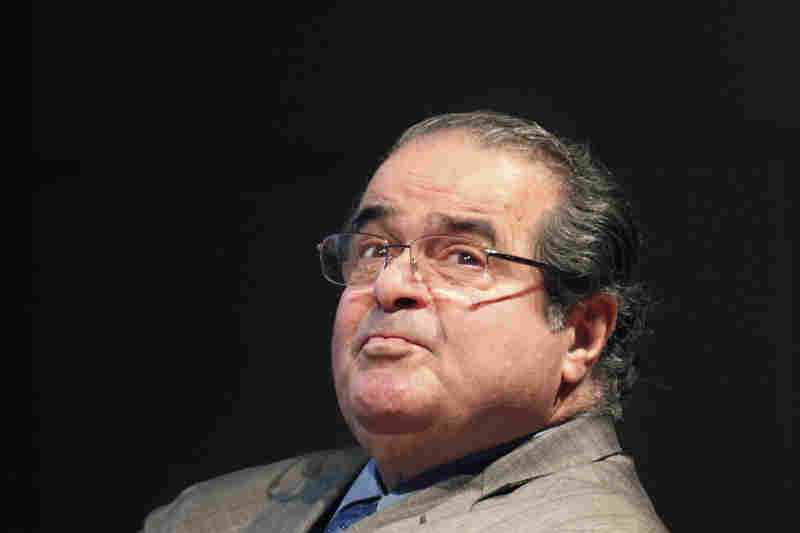 Justice Scalia on music: ‘Well, they had to do *something*’

The time, the mid-1990’s. The place, the Library of Congress, where the Boston Camerata has been commissioned to produce a concert around an exhibit entitled “Rome Reborn: The Vatican Library and Renaissance Culture.” The performance is attended by then-Vice President Quayle and his wife (who introduces the Camerata), by then-Speaker of the House, the late Thomas Foley, who dozes tranquilly in the front row during much of the performance, and by several Supreme Court judges, including the just-deceased Justice Antonin Scalia, There is also, from the College of Cardinals in Rome, an important, red-clad delegation of elderly church princes; they provide the event with an impromptu audience singalong. As Camerata musicians process in to the Gregorian tune of Pange Lingua, they are joined, ad hoc, by the cardinals’ rumbly, offkey bass-baritone voices.

About halfway through the program, Camerata rips into Guillaume Dufay’s (1400-1474) semi-raucous, mildly transgressive Trumpet Gloria (Gloria ad Modum Tubae), in which the lower voices imitate trumpet blasts, while the two top voices chase each other in a playful, catch-me-if-you-can round. Joel Cohen, Camerata’s director at the time, expains to the assembled dignitaries that the very conservative and authoritarian Council of Trent’s (1545-1563) austere strictures concerning wayward church music was aimed squarely at such musical shenanigans.

We understand that Justice Scalia, ever the defender of order and tradition, hears the piece and then comes down decisively on the side of those sixteenth-century counter-reformers, and against the trumpeteers. “Well, they had to do something,” the eminent jurist is heard to say.

In deference to the controversial, recently departed Justice, we are happy to acknowledge his enormous erudition, and his genuine interest in musical art. And our sympathies extend to his friend Justice Ruth Ginsburg, with whom, we understand, he attended many, many opera performances. May his successor, like Justice Scalia himself, be more than happy to stay awake during early music concerts!