The core ingredients of a hit musical

Terry Teachout has discovered the secrets of the surefire Hammerstein formula in a new book by Jack Viertel.

He lays them out point by point in an essay in Commentary magazine.

Most striking is his opening par:

Thirty-eight shows ran on Broadway during the first week of 2016, the best-attended week in the history of American theater. Twenty-six of them, including 19 of the 20 top-grossing productions, were musicals. Even though the musical is currently weathering a creative crisis of the first order, no other type of show is more central to the fiscal health of big-budget theater. 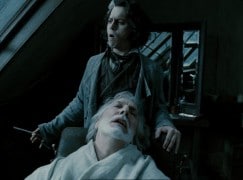