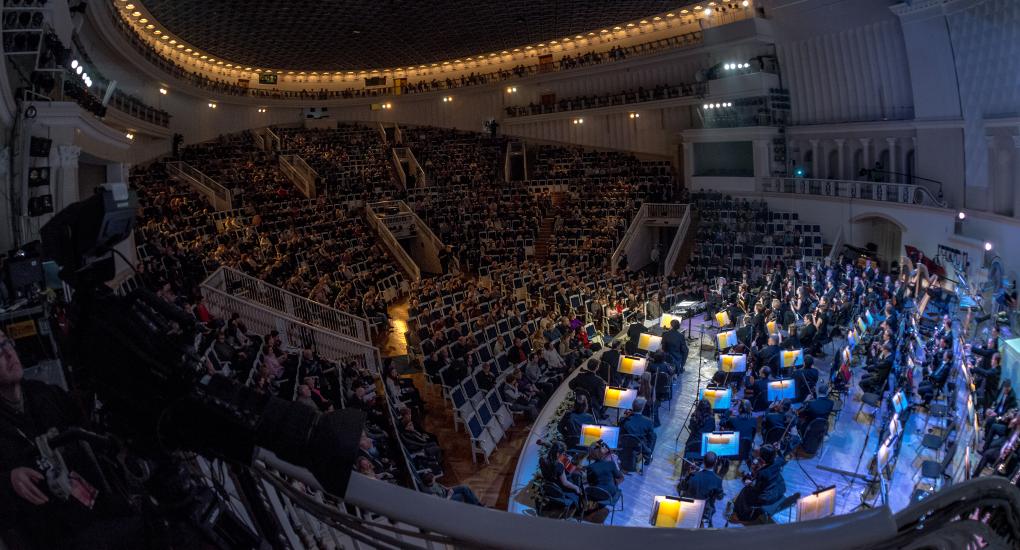 Moscow concerts society sells $1.4 million of tickets in a day

In the foyer of the Tchaikovsky’s Concert Hall for customers were created the most comfortable conditions : chairs, a buffet, duty medical care The cost of subscription for adult varies from 400 to 4000 Rubles (5 – 50$). The cost of children’s subscription is around 600 rubles.

Today Moscow Philharmonia consists of different venues, among them are: Tchaikovsky Concert Hall (pictured), the Philharmonic Chamber Hall, and also Large, Small and Rachmaninov halls of the Conservatory, and the new “Philharmonic-2” Hall, which was opened a year and a half ago in the south-west of Moscow.

The interest in subscriptions this year, probably, was caused primarily by low prices. Compared to previous years, they have not risen. Another caveat is the simultaneous start of sales of almost all two hundred subscriptions. In the past year, they were selling part by part, at intervals of several weeks.

« US orch chief heads for the wilderness